Published on May 17, 2019 in Channel Islands, Guernsey

At the entrance to the St Martin’s Church yard there is a rather curious pagan symbol that has no real business being there, right next to a Christian Church. It’s a standing stone carved into the shape of a female figure known as La Gran’mere du Chimquiere (Grandmother of the cemetery). What is more there’s a second such stone outside the Castel Church. So where did they come from and why are they outside 2 island churches ? 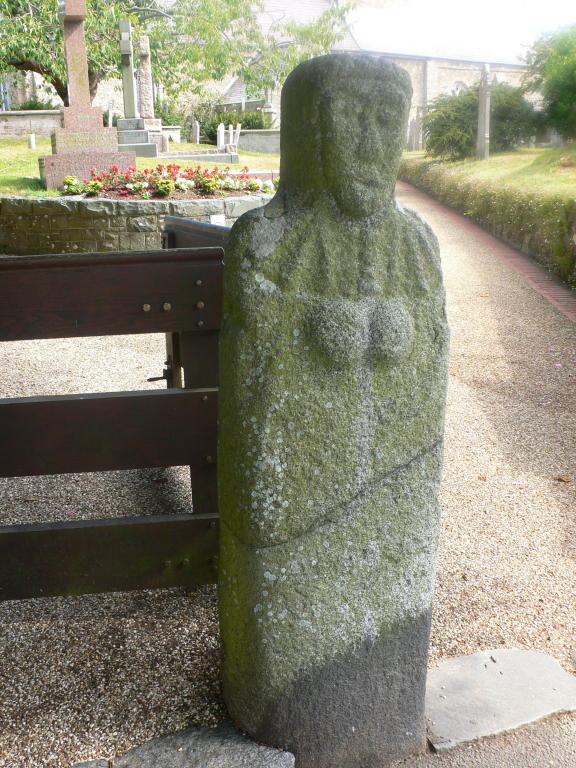 La Gran’mere stands to a height of 1.65m and has been carved in two phases. The first phase was a stylised human figure depicting breasts above curved arms with a lower girdle and probably dates c 2500-1800 BC. If her outline seems crudely simple, we must remember that they were shaped by pounding with other stones in an age when metal tools were unknown (or at least, not in common use).

At a much later date, perhaps in the Roman period, the upper part was totally remodelled so that the figure was given a distinct face in a frame of curls. There also appears to be some form of hood or ribbed short cape which has a central row of domed buttons.

During the 19th century the warden of the church had her broken in half because he believed that local people shouldn’t be paying respects to a pagan idol. After a huge outcry he put her back together again – but she retains an ugly crack across her middle to this day.

Why is She Located Outside the Church?

Its original location is unknown. Some records suggest that it stood within the churchyard prior to 1815 but was subsequently remove from the sacred precincts the Church yard entrance.

She seems to represent the archetypal fertility goddess. 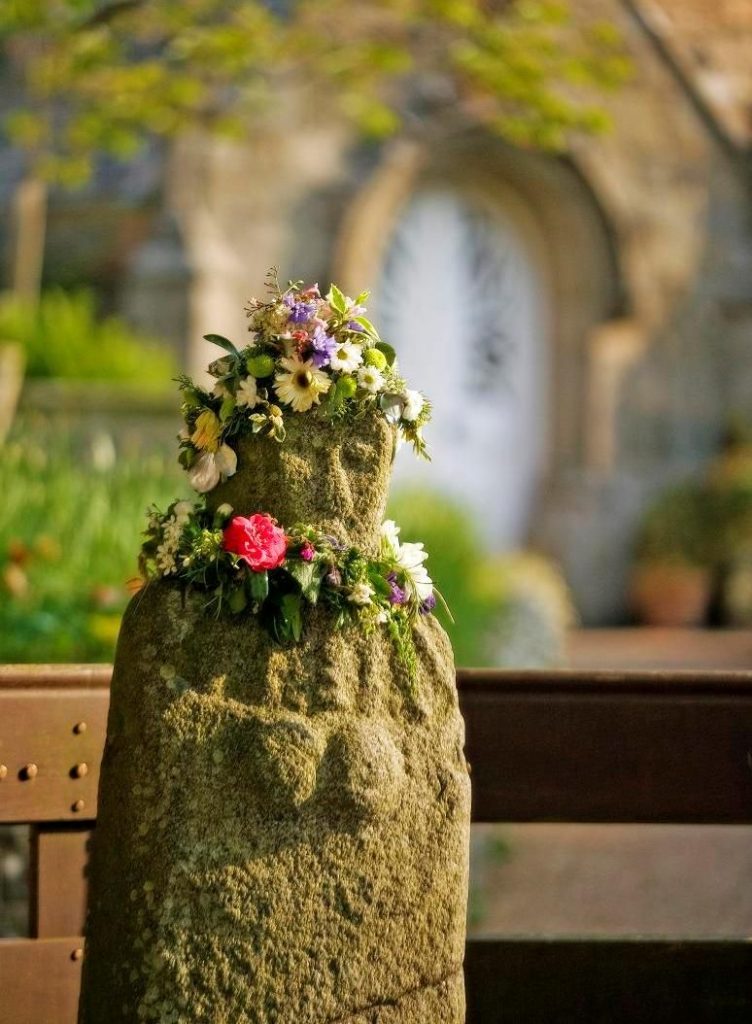 Guernsey people seem to revere the Gran’mere even today.

One such ‘belief’ is that such figures deserved to receive little gifts of food, drink, coins or particularly flowers. This brings good luck. Newly married couples often seek a ‘blessing’ from La Gran’ Mere as they leave the churchyard.