Home » Food & Drink » How did Bread become a staple food in the West ?

How did Bread become a staple food in the West ?

Bread has not always been the staff of life, certainly not in the West. Today however bread & bread products are our staple foods. Life without it would be unthinkable. So how did our most basic and yummy of foods develop ?

The First Loaves : Our Daily Bread

From about 10,000 BC Neolithic Britons made hearthcakes by grinding together weed seeds and wild emmer wheat, mixing the meal with water and cooking it on hot stones. Mixtures of flour and water gradually evolved into flatbreads such as Mexican tortillas and Indian chapattis.

The croissant is reputed to have originated in Budapest in 1686.

Night-shift bakers heard hostile turks tunnelling into the city in preparation for an attack. and raised the alarm. the bakers saved Budapest from invasion. and they baked a crescent-shaped roll to represent the symbol on the vanquished Ottoman’s flag. The roll came to Paris in 1770 with Marie Antoinette, when she married the future Louis XVI.

The first loaf of yeast-raised bread was probably created accidentally by mixing flour with ale rather than water to make dough, or from yeast spores in the air settling on dough before baking, particularly if the bakery was also a brewery.

In Gaul, Spain and Britain people developed liquid raising agents or leavens from beer, while in Greece and Italy, grape juice or white wine were used. Greek bakers took their skills to Rome, and by 30BC there were some 300 bakeries in the city.

Among the many breads produced in Roman bakeries was a flat bread topped with pickled fish and onions – an early form of pizza.

Toast may have its origins in an English medieval dish that was made by toasting white bread, which was then soaked in a white wine, reheated and served with almond milk. 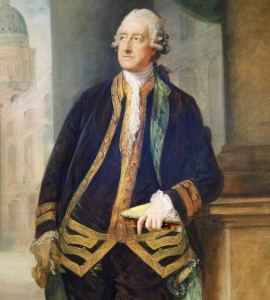 The sandwich takes its name from the notorious British gambler John Montagu, Earl of Sandwich. In 1762, at the Beef Steak Club in Covent Garden, London, Montagu spent 24 hours gambling without a break. He asked for meat and slices of bread to be brought to him so that he could eat without interrupting his game. The convenient result appealed to London’s fashionable society.