Home » History » How did Farming Arrive in Europe ?

How did Farming Arrive in Europe ? 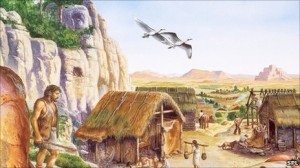 The farmers originated in the Fertile Crescent in the Middle East, where farming arose, but until now no one knew which route they took to get to Europe.


Three possibilities have been put forward (see map, below).

The first and most favoured route,up until recently, had been by land from northern Turkey, across the Bosphorus strait separating Europe and Asia and then through the Balkans.
A second suggestion has been that they zipped directly to Greece by sea, from the coastline now occupied by Israel.
Or thirdly they could have hopped between the many islands that arc up towards Greece from Turkey’s southern coast. 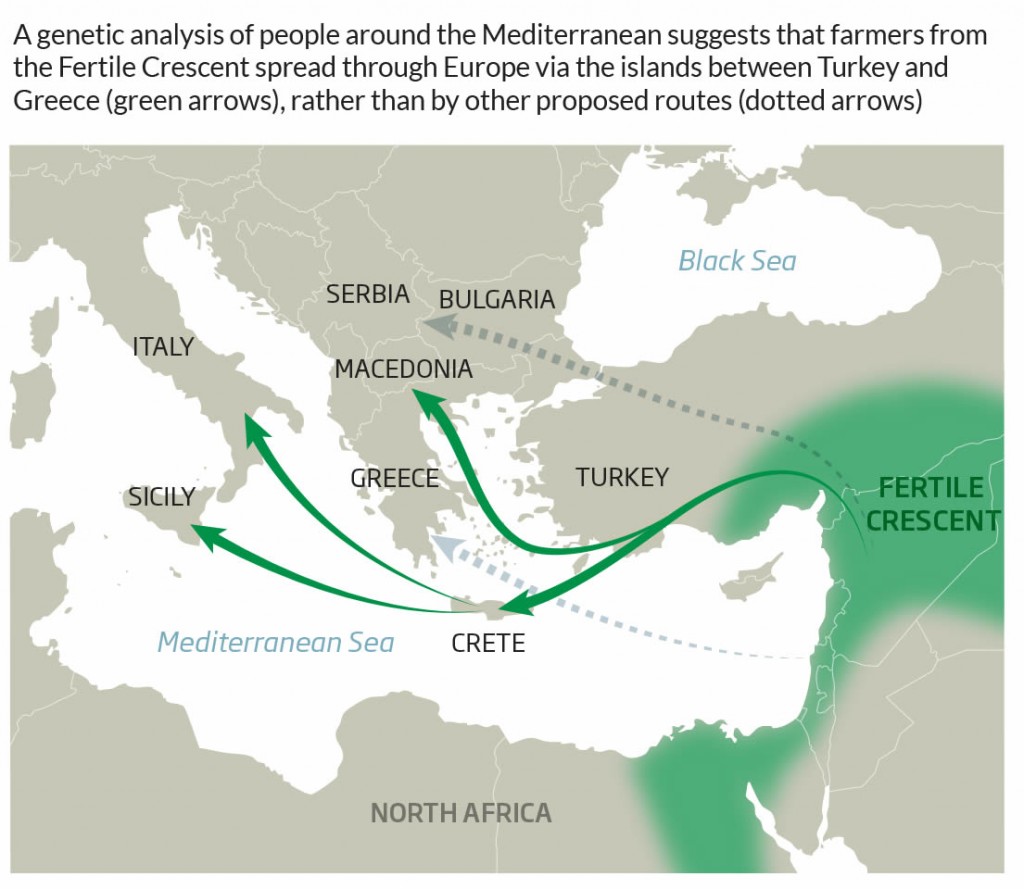 According to researchers at Democritus University of Thrace in Greece the third “island-hopping” route is the correct one.


The Island-hopping Odyssey that Brought Civilisation to Europe

Researchers hunted for genetic relics of the early farmers in people who now live along the possible routes, as well as in people who live in places where agriculture originated or spread to. They analysed DNA from 964 people in 32 places, from north Africa and the Mediterranean coast to the European mainland and the Middle East.

Each DNA sample was checked for 75,000 genetic markers called single-nucleotide polymorphisms (SNPs). The team used the data to piece together how the SNPs spread across Europe, reconstructing how the farmers colonised the continent.

Two different analyses came to the same conclusion. First, the farmers moved from Cappadocia in central Turkey to its south-west coast. From there, they island-hopped across Dodecanese islands like Kos and Patmos to Greece. As well as colonising the Greek mainland, another group settled on Crete, and established Europe’s first advanced civilisation, the Minoan, 5000 years ago. From there, they headed west to Sicily and the southern tip of Italy.

That said, we cannot rule out the other pathways, and most likely they were all used simultaneously to some degree, however the latset analysis shows that island-hopping was probabaly the major path.

The Mediterranean islands seemed to have been used to bridge central Europe with Turkey and the Near East.

The speed of the colonisation suggests that the farmers used boats to cross the sea. Although the type of sea craft is not known, there is evidence of maritime activity in the Mediterranean during the Neolithic.