How do Ants Communicate ? 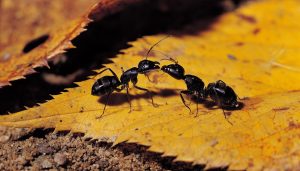 When ants discover a food source its not long after that their fellow colony members descend on that location to make the most of any tasty morsel that’s been discovered.

Clearly there’s some form of communication going on between colony members – but how ?

The more food, the more pheromone … it’s a fascinating and simple system they have used for millions of years

Ants forage randomly. On their way back to the nest with food they leave a pheromone trail that other ants will randomly encounter and identify as ‘pointing’ to a food source, according to the concentration of pheromone at each point. The more food, the more pheromone is deposited, and the more ants will pick up the trail. It’s estimated that 1 in 5 foragers are pathfinder ants that can detect these previously marked pheromone paths.


It’s a fascinating and simple system they have used for millions of years. Pheromones evaporate over time, usually over 48 hours, preventing areas from becoming saturated and confusing. 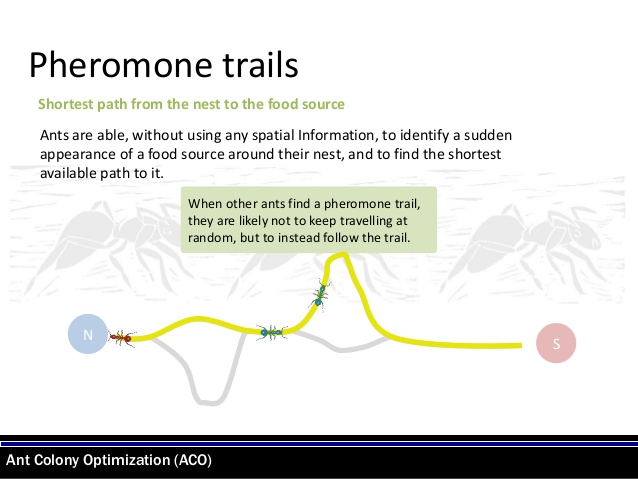