Home » General Interest » Is it True that Eating Carrots Helps You See in the Dark?

Is it True that Eating Carrots Helps You See in the Dark? 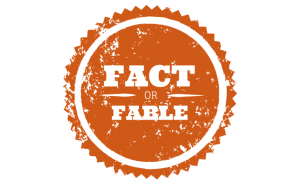 This is one of those (potential) urban myths that refuse to die … “Do Carrots help you see in the dark ?” (or at the very least do they improve your eyesight?)


The supposed ability of carrots to improve eyesight generally and night vision in particular, came to prominence during the Second World War, in accounts of the uncanny ability of RAF pilots to shoot enemy planes out of the sky. There have been claims that the story was a Government-inspired plot to cover up the fact that British aircraft had been fitted with radar. If so, it may have aided the enemy more than its creators would have liked, as carrots do contain a compound that can help boost visual acuity.

The orange colour of carrots is a tell-tale of their relatively high content of beta-carotene, a hydrocarbon compound that is converted in the body into vitamin A, which is helpful in allowing the eyes to adapt to darkness and keeping the cells of the eyes healthy.

Several studies have found that taking Vitamin A or beta-carotene supplements can combat night blindness and cut the risk of macular degeneration, which affects visual acuity. However ( & this is crucial), these studies typically involve doses far higher than you’d get in the standard diet: you would have to eat your way through a sizeable heap of carrots to get the same intake.


So while it’s true that carrots contain compounds that are good for vision, don’t expect to have eyes like a hawk after eating them up.


Incidentally : Did you know that carrots are only orange because of the supposed meddling of the Dutch ! Read on here if you’re interested.