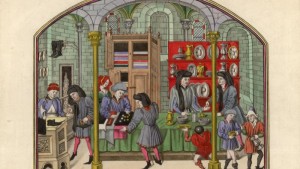 Democracy isn’t a word that you would ordinarily associate with the Middle Ages. The most common perception of this time is of Kings, Bishops, Feudal over lords and right at the bottom of the ‘social heap’, the peasant, and all apart from the top echelons had little or no say about how he is ruled or governed by his betters.

In fact it turns out this is not overall an entirely true picture and that elections were a reasonably common occurrence and that medieval people liked their elections: they elected bishops, popes, abbots, mayors, members of parliament, town councils, and so on. Perhaps surprisingly, they also (sometimes) elected their kings. When we look closely at these elections, we find many important differences between medieval and modern elections (the peasant still comes off worst) – but also some striking parallels.


1. Kings Could be Elected 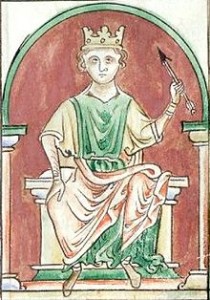 When kings died without issue, or popes, bishops and abbots had to be chosen, and so on. A smooth succession, where son followed father without rival or dispute, was a rare one indeed. In England, for instance, only two occurred between 1066 and 1216 – when William Rufus followed William the Conqueror in 1087, and Richard Henry II in 1189.

While simple father-son successions became more common in the 14th century, few dynasties managed achieve an unbroken run of sons succeeding fathers. Sometimes there were no sons; the sons were under age, or there were several claimants with equally valid claims. In these cases an election would often occur – although as you can imagine your average peasant wasn’t asked to participate in the vote.

After the death of Pope Clement IV in November 1268, it took the cardinals nearly 3 years to elect a new pope. Even then, they reached a decision only after the exasperated citizens of Viterbo (where they had convened) locked them in a church, refused to feed them anything but water and bread, and removed the roof of the church.

While this was an extreme case, many months could elapse between the death of a king or prelate, and the succession of his successor. Sometimes this reflected practical needs: electors had to be assembled and convened, for instance; a suitable meeting place arranged, and so on. More importantly, though, the delay was often because elections were supposed to be unanimous.


3. Elections were supposed to be unanimous

In 1125, the German princes assembled to elect a new king. According to rumours, the archbishop of Mainz, who presided over the event, threatened the assembled candidates that he would behead any claimant who objected to the election of his rival. 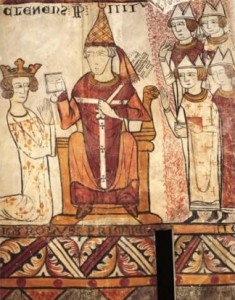 The prelate’s actions reflected two major reasons why medieval elections were meant to be unanimous. They were, after all, often described as reflecting God’s will, who spoke through the people. A split result, in turn, would mean that either the candidates or the electors ignored the will of God (dissension was how the devil usually got his way).

That’s why normally several months could elapse, and why elections were normally conducted in private, away from the gaze of chroniclers and observers. The moment a decision had been made, the emphasis was on demonstrating unanimity.

In those papal elections that took place after 1271,a two-thirds majority was deemed sufficient. However, to ensure the semblance of unanimity, ballot papers were thus burned before an election was announced: nobody would know just how the votes had been shared out.


4. Elections were concerned with morality

Medieval writers embraced an idea that went back to Classical Antiquity, according to which those who most desired power were the ones least deserving of it – nobody should desire to have authority over others. After all, it brought with it responsibility for both the spiritual and the material wellbeing of one’s subjects.

Those holding power would be responsible to God, and if they failed, would condemn both themselves and those given into their care. Moreover, power would corrupt those exercising it, and those who lacked moral backbone would succumb to this temptation all the more easily.

The ideal candidate, by contrast, was someone who was unwilling; who had to be forced to assume power over others. Being elected, in turn, was a means with which those chosen could demonstrate that they did not desire power, but had it thrust upon them.

Most abbots and bishops were thus described as having been forced to accept their election. In fact, when St Anselm was elected archbishop of Canterbury in 1093, one account claimed that his fingers had to be broken for the episcopal staff to be passed into his hands.

We similarly have some evidence that kings, after they had been chosen, displayed a degree of reluctance: either asking that the election be repeated, or otherwise displaying humility and uncertainty.

When medieval authors wrote about the will of the people, they did not normally mean the populace at large. In fact, its role was viewed with a degree of suspicion. On the one hand, the people were needed: they were meant to acclaim, and to provide a suitably festive backdrop. However, they might take matters into their own hands.

Generally, therefore, being an elector was a token of prestige, a sign of being one of those people whose opinions mattered. The premise applied even in an urban context. Wide swathes of the population were thus excluded: women; children; foreigners; members of the clergy, and those who were not property owners (or whose properties earned less than a certain minimum income).

In 13th-century Florence, in order to be able to vote, one also had to join one of the city’s guilds. Moreover, exactly because these people were so powerful, steps were taken to ensure unanimity – if these men felt cheated or ignored, they would too easily resort to violence – a recurrent feature in late medieval Italy.

Election procedures could thus be highly complex: rival groups would elect members from the opposing camp, who would then choose electors who both sides could agree on, who would in turn make a final decision. This was meant to ensure, if not unanimity, at least consensus: the person chosen, and the people doing the choosing, were meant to be acceptable to rival groups and factions, but without one dominating the others.


6. Elections were for life (except when they weren’t)

In 1199, the archbishop of Canterbury was thus said have warned King John that he had been elected to perform certain duties, and that he could be unelected again if he failed to perform them.

Most medieval elections were for life: abbots, bishops and archbishops, and kings were chosen until they died or – more rarely – abdicated. Once elected and enthroned they could, at least in theory, no longer be deposed. In practice, however, there were of course rebellions and revolts, and from the later 12th century, new ideas of oversight developed across Europe.

Much of this oversight emerged from the election process: even after a king had been chosen, the decision still had to be made public. This often took the form of a presiding archbishop quizzing the candidate, and reminding him of his duties.

In 1199, the archbishop of Canterbury was thus said have warned King John that he had been elected to perform certain duties, and that he could be unelected again if he failed to perform them.

By the 14th century, this premise had become more widely accepted. In Germany, the electoral princes deposed kings in 1298 and 1400, and in England the nobles and parliament deposed kings in 1327 and 1399. In towns and cities, by contrast, terms were much shorter (with the exception of Venice, where the doge was elected for life).