Home » Science » Synesthesia – Can you Really “Hear” a Flash of Light

Synesthesia – Can you Really “Hear” a Flash of Light 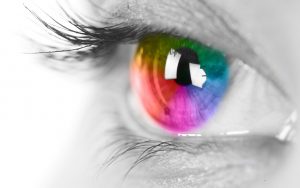 It was Aristotle who defined the five senses: touch, taste, smell, sight and hearing. But in the last several decades, the definitions of these senses have begun to tangle.


Some researchers argue there are more than 5 senses, like proprioception, or an awareness of the body in space (see our article Extra Senses – Beyond the ‘traditional five’). Others argue that our senses aren’t even all that discrete, something known as synesthesia—a neurologic condition in which two or more senses mix or amplify one another.

Though generally thought to be rare, a new study suggests that one particular form of this condition—hearing sounds from flashes of light—may be more common than once thought

In the study, published in the journal Consciousness and Cognition, researchers presented pairs of Morse-code like patterns to 40 volunteers, either visually or as sound. The subjects were then asked to determine whether the pairs contained the same sequences of dots and dashes. The team then asked the participants whether they heard faint sounds when they saw the flashes. It turns out, 22% of participants claimed they heard faint sounds associated with the flashing lights. Those people also did better than other participants in matching the pairs of patterns, suggesting that they had some sort of advantage during the test.

Research into synesthesia has gained momentum in recent years. Scientists have found that people with the mixed senses have stronger than normal connections between parts of their brains, leading to some interesting cases.

Very common stimuli are things like days of the week or months of the year, that will have particular colours for particular synesthetes. For exampe for somebody the word Tuesday might elicit the colour orange, for somebody else it might be green. When this happens it has been found that people are more likely to be engaged in artistic or creative pursuits, so they can be seen to be over epresented among artists and writers.

Whilst some reports suggest 1 in 100 people experience synesthesia, the fact that the study into ‘hearing light’, with a ratio of 1 in 5, means that a larger portion of the population may have cross-sensory moments, even if the experience is not as dramatic as tasting Wednesday. It would appear therfore lot of us go around having senses that we do not even recognize.

A similar study was conducted on self-professed synesthetes in 2008, in which the volunteers reported hearing beeps, taps or whirring sound when they were shown moving or flashing lights. They too performed much better than average on pattern recognition test. Based on that study, the researchers estimated that up to 1% of the population experienced auditory synesthesia, but the latest research shows that the number may be much, much higher.

While the concept of cross-sensory perception may be foreign to many people, there is one way the average person can experience the inter-tangling of sound, colour, taste and smell for themselves. The British dance troupe Bitter Suite attempts to help the audience experience synesthesia. Dancers put morsels of food in audience members’ mouths during certain moments, give them a whiff of smells and also tickle them to bring other senses besides their eyes and ears into the performance.


So, next time you see a flash of light, pay attention. You ears may also be part of the experience!