The Last Invasion of Britain

Napoleon wanted to invade and conquer Britain so too did Hitler but they both failed. So …

Q :  When was the last Invasion of Britain ?


In fact it was very much more recent than that. In fact it was Friday February 24 in 1797 when those most implacable of England’s foes the French tried to invade.

In the name of British freedom, we have to thank the brave actions of a band of 500 Welsh villagers who forced the surrender of the last invading force to land on British soil.

The mission was organised by revolutionary France, but has to go down in history as one of the most comically bad invasions ever mounted. Four warships planned to enter the port of Fishguard and move swiftly on Bristol. But they couldn’t get into the harbour, and were forced to land miles away at an isolated outcrop. The invaders themselves were mostly conscripted convicts and prisoners of war who ‘legged it’ as soon as they landed. The local militia and some boisterous farmers under the command of John Campbell, 1st Baron Cawdor, dealt with the rest.

All in all a bit shambolic, thankfully, otherwise we’d all be speaking French 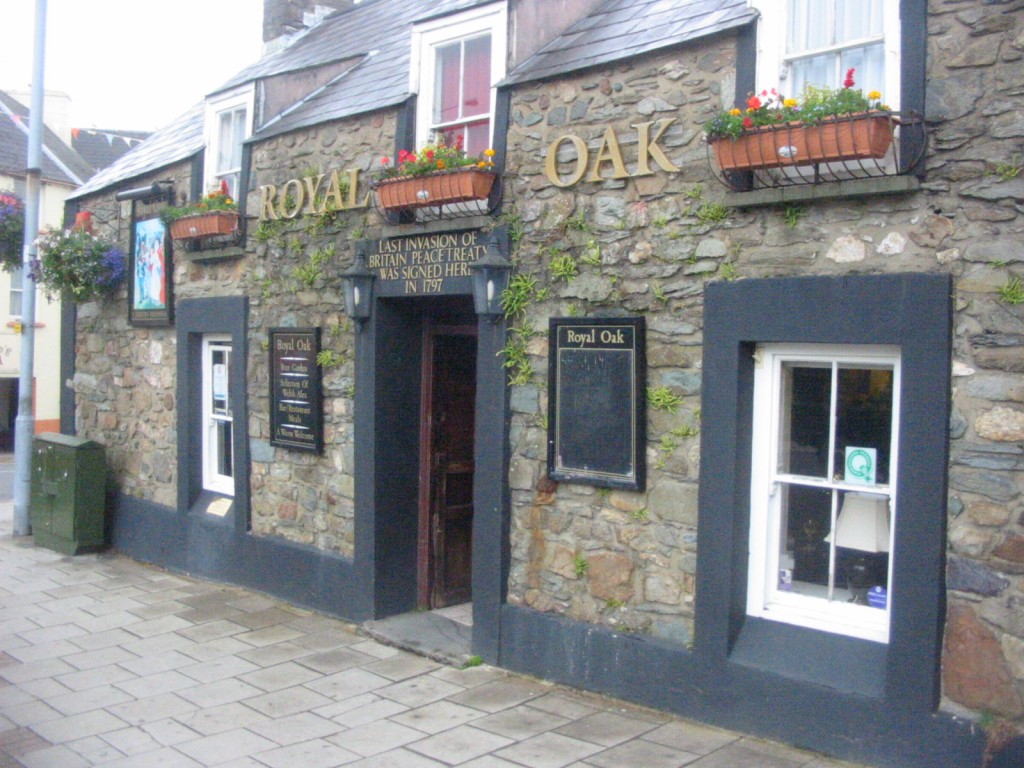 Royal Oak Pub in Fishguard, where Lord Cawdor set up his headquarters