The Origin of … Carbonated Drinks

Given the bad press that fizzy drinks get these days, it may come as a surprise that ‘soda pop’ was originally conceived as a beverage to be consumed for the benefit of one’s health. 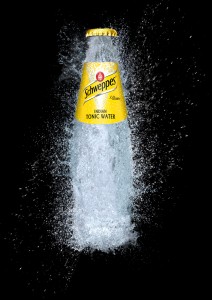 Artificially carbonated water was first ‘created in 1741, but it was Swiss German Jacob Schweppe who first mass-produced what were called ‘aerated waters’ in the 1780s.

From this emerged the concept of f1avoured fizzy water, pioneered in America around the turn of the 19th century. During this time, pharmacists were keen to capitalise on the restorative qualities of mineral water by adding a range of health-giving ingredients to them. They experimented with dandelions, ginger, sasparilla and even birch bark, but the most famous ingredients to be used were coca and kola, which of course lead to the most famous soft drink of them all, Coca-Cola, first sold in 1886 . Along with other concoctions, initially it was sold at pharmacies as a health tonic. Eventually the soda fountains used to dispense it were replaced with bottles able to hold the fizz in until opened, which happened towards the end of the 1900s.