The (Unintended) Fastest Object ever launched by Man

Published on Jun 5, 2020 in General Interest

If you were asked what you thought the fastest object ever launched by man was – what would you say? A hypersonic jet, a spacecraft ?

It’s none of these, the fastest man made object is in fact … a large manhole cover! 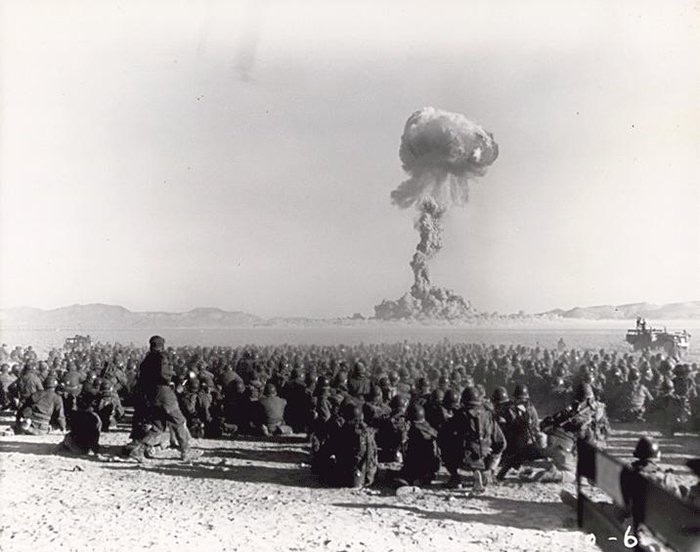 When the US started doing underground nuclear testing, nobody really knew what would happen. On the 26th July 1957 a test bomb was placed at the bottom of a 485 ft deep shaft , and someone thought it was a good idea to put a half-ton iron manhole cover on top to contain the explosion.

When the bomb was exploded it turned the shaft into the world’s largest Roman candle. When it was all over the manhole cover was nowhere to be found.

Robert Brownlee, an astrophysicist who designed the test, wanted to repeat the experiment with high-speed cameras so he could figure out what happened to the cover. So another experiment was created, this time a 500 ft deep, and a similar half-ton manhole cover was placed on top. On August 27, 1957, they detonated the bomb. The high-speed cameras barely caught a view of the cover as it left the top of the shaft and headed into oblivion. Brownlee used the frames to calculate the speed to be more than 125,000 miles per hour…. more than 5 times the escape velocity of the Earth, and the fastest man-made object in history.

Physicists have debated the whereabouts of the two manhole covers ever since. Recently, with the help of supercomputers and a lot more scientific knowledge, physicists are certain that they wouldn’t have had time to burn up completely before exiting the atmosphere.