Home » General Interest » Time to Take Out the Space Junk

Time to Take Out the Space Junk

Published on May 31, 2019 in General Interest, Science

The Trouble with Space Junk

According to NASA, America’s space agency, the skies high above the Earth are cluttered up with around 23,000 pieces of man-made space junk measuring 10cm or more across, zipping along at great speed and posing a threat to working satellites.

The European Space Agency reckons that collision alerts arising from worn-out satellites, defunct rockets and other clutter have doubled in the past decade. Every such collision spawns more junk- a phenomenon known as the Kessler syndrome, named after American physicist Donald Kessler.

So Why is Space Junk such a Growing Problem?

a single fleck of paint travelling at an orbital velocity of 17,000kph can dent a spacecraft, kill an astronaut or do enough damage to throw a satellite off course

Low-Earth orbit, the region between 160 and 2,000 km above the Earth, is crucial to space exploration. It’s home to about half of the roughly 1,300 satellites which scan the Earth in great detail for both military and civilian purposes. It’s also littered with around 5,000 objects that are either rocket bodies or dead payloads. This can be extremely dangerous – a single fleck of paint travelling at an orbital velocity of 17,000kph can dent a spacecraft, kill an astronaut or do enough damage to throw a satellite off course.

Inoperative rockets are prone to random explosions of the unused fuel they carry. In February 2015, a snag in an American weather satellite’s battery caused it to explode. The incident scattered more than 100 new fragments of junk into space. In 2007, China deliberately blasted one of its own spacecraft into smithereens to test an anti-satellite weapon; two years later a Russian satellite accidentally took out an American one. Those incidents alone increased the amount of orbiting space debris by one-third. Future missions will face significant new constraints if such littering continues unchecked.

Space agencies and private companies from various countries have proposed a variety of methods to clean up the mess. Scientists in Japan have recommended installing lasers on the International Space Station to nudge debris into the Earth’s atmosphere, where it would burn up harmlessly. NASA scientists have proposed doing the same thing using ground-based lasers. 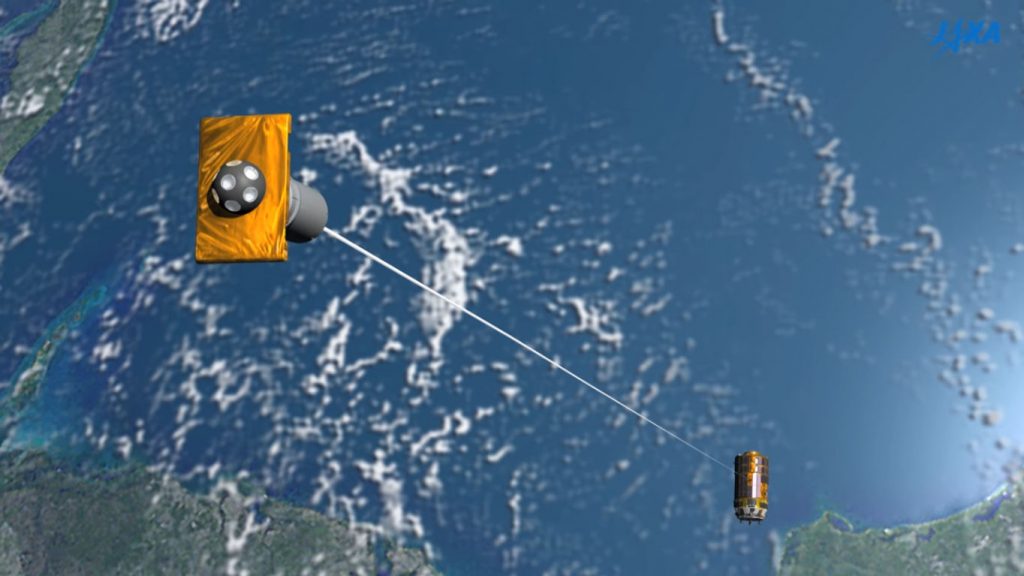 In March 2015 , the European Space Agency experimented with nets designed to capture moving debris. Japan Aerospace Exploration Agency has devised an electrodynamic tether which, when tied to a piece of space junk, would cause it to slow down and fall into a lower orbit. Space agencies across the globe are considering other options too. Dead satellites located in geosynchronous orbit (about 36,000km above the surface of the Earth) are sometimes pushed into a “graveyard orbit” about 300km further out. New technologies allow rockets that have delivered their payloads to reignite their engines, lower their orbits and then burn up in the Earth’s atmosphere. Many countries have agreed that satellites should be designed to burn up harmlessly in the atmosphere within 25 years of their operational lifespan coming to an end. There is no shortage of ideas, but fixing the problem is still difficult.