Home » General Interest » Valentine Conundrums : Why Does an X Stand for a Kiss? and Why Do Humans Kiss?

Valentine Conundrums : Why Does an X Stand for a Kiss? and Why Do Humans Kiss? 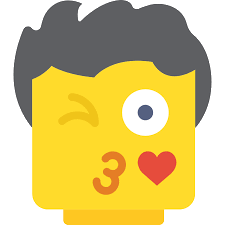 A valentine’s day conundrum for you : Why does an X stand for a kiss? and why do humans kiss anyway?

Why Does an X Stand for a Kiss?

Those cute little XXX’s we affix to Valentine’s Day cards and love notes began not as symbols of affection – but as substitutes for signatures in the Middle Ages, when the vast majority of people citizens were illiterate.

However it wasn’t just the illiterate who used an X, it was also used by well-educated people, who were quite capable of signing their names, and has been found on even the most formal and important documents—wills, contracts, deeds, and pro­clamations. Even kings and queens signed with the X as a symbol of good faith—an oath that the contents of a document were true.

The X was the sign of St. Andrew … signing the X implied a guarantee to live up to one’s promises in that saint’s name.

It was not an accident that the X was chosen as the substitute for a signature, and contrary to popular belief, it did not gain acceptance because of its simplicity for the illiterate. The acceptance of the X had everything to do with Christian symbolism. The X was the sign of St. Andrew, one of the 12 apostles: signing the X implied a guarantee to live up to one’s promises in that saint’s name.

The X also had intimate associations with Christ himself. The X was regarded as a visual representation of the Cross of the Calvary and the Crucifixion, and X, as well as an English letter, is the first letter of the Greek word for Christ, Christos. (The Greek letter, of course, is chi.)

it spawned another saying … “sealed with a kiss.”

“How did this legal and religious symbol metamorphose into a romantic one?” To further guarantee the sincerity of intentions, people in the Middle Ages solemnly kissed their signatures, much as we put our hand on a Bible to swear to our veracity in court. This kiss became known as the “kiss of truth,” and because the kiss finalized and bound many agreements, it spawned another saying that many think had romantic origins— “sealed with a kiss.”

Over the years, as notaries public and literacy increased the need for the mark, the X, lost its sacred connotations but retained the idea of a kiss.

Why Do Humans Kiss ?

Of course, one could just answer …”because it just feels so good!” 😃. However for some people it appears that this explanation just isn’t good enough. For these people they formally study the anatomy and evolutionary history of kissing and call themselves philematologists.

However, so far, these “kiss scientists” – or smoochologists as I think we should really call them- haven’t conclusively explained how human canoodling originated, but they’ve come up with a few theories, one of which that we kiss to test some- one’s semiochemicals. These are chemical substances, secreted from salivary glands, that communicate biological signals and, according to the theory, the buzz we get from falling in love is really a sign that we are addicted to a partner’s semiochemicals.

I guess when your girlfriend’s father asks you what you are doing with his daughter you can always say you were “conducting a semiochemical communication experiment”.


So in conclusion – we don’t really know why humans kiss – but who cares as it feels so good anyway !