Was King John really that bad? 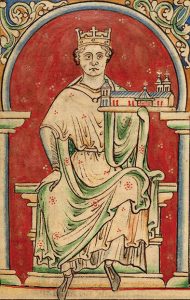 If there’s one English Monarch who’s consistently had a ‘bad wrap’, as the Americans would say, it’s King John I. He’s the ultimate in abuse of absolute power, an archetypal villan – epitomised forever in the tale of Robin Hood as the cruel King oppressing his people with taxes and arbitrary justice whilst plucky Robin Hood robs the rich to feed the poor.

But is this true ? Was his rule really as bad as folklore seems to say ?


Most people are aware that the Robin Hood tales are legendary, indeed their earliest versions make no mention of John at all. The king was first inserted into the Robin Hood story in the 16th century, but his inclusion has no historical basis whatsoever. So it might be supposed, therefore, that he must have been unfairly maligned and that in reality he was probably not nearly as bad as legend maintains. In the 20th century, some historians put forward a case for the king’s defence, arguing that his badness was largely a later invention, and that his misfortunes as a ruler were mostly down to ill luck. So successful was this rehabilitation that, in the popular imagination, John is now often seen as being the victim of a posthumous smear campaign, a king no worse than most others – misreported and misunderstood.

HOWEVER Among academics this interpretation has not fared nearly so well, for the simple reason that it requires some BIG facts about his reign to be downplayed or ignored completely.


The Case Against King John

He was exceptionally cruel :


He was Treacherous, Lecherous & Extortionate :


In fairness we should at this point probably make the case FOR John – to try to mitigate or explain away some of the above – but given the indisputable and horrendous facts that can be levelled against him no amount of good deeds or mitigating circumstances can ever really wash away what we know.

So, whilst most kings were capable of behaving badly from time to time, when it came to lechery, treachery and shocking acts of cruelty, the king who sealed Magna Carta 800 years ago was in a league of his own.