Home » General Interest » What is the best way to avoid jet lag ?

What is the best way to avoid jet lag ?

Published on Jun 3, 2014 in General Interest 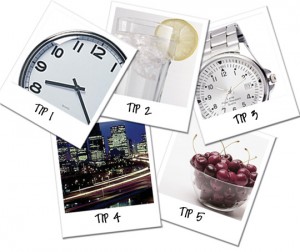 If you’ve traveled by aeroplane to anywhere in a different time zone you’ll know the crippling effects that “jet-lag” can inflict on your body – wide awake at 3am but ready for sleep by lunchtime. In this article we look at if there are any ways you can trick your body into synch with the new time-zone.

In 2003 the British Medical Journal confirmed previous suggestions by other medical practitionars that there is good evidence to suggest that taking something called melatonin is effective at combating jet-lag. Melatonin is actually a hormone, released by the pineal gland, that lets the body know what time of day it is. By taking 2-5 mg of melatonin at bedtime after arrival, and repeating for the following 2-4 days after, it was found that the effects of jet-lag were significantly reduced.

Unfortunately, while melatonin can be bought in supermarkets in the US, it is not available in the UK without a prescription. This raises the question of what other measures one can take to minimize the impact of jet lag.

It’s worth pointing out that the body’s internal clock is also influenced by external cues, particularly light levels. With that in mind …

Going West : After a flight west-ward one suggestion is to stay awake during daylight, taking a brief nap only if necessary, to ensure one gets most sleep after dark.
Going East : After an eastward flight, one suggestion is to stay wake but avoid bright light in the morning and be outdoors as much as possible in the afternoon.
In Flight : During any flight, it’s recommended to eat high-fibre foods, like apples and drinking plenty of water and fruit juice rather than tea and coffee.

The duration of the flight and number of time zones crossed are clearly important in determining how awful one will feel on arrival. Eastward journeys seem to be marginally worse than westward, and departure and arrival times can add significantly to jet lag. When presented with a choice of flight, it might therefore be worth bearing in mind that flights that leave between 2200 and 0100 arrive between 0800 and 1200 are particularly likely to produce jet lag. The best times are departures between 0800 and 1200 and arrivals between 1800 and 2200

As with anything of this nature there’s no guaranteed solution, only some good practices to bear in mind.