Home » Science » What is the Gaia hypothesis?

What is the Gaia hypothesis? 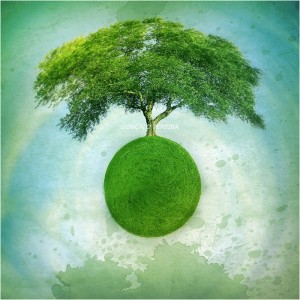 You may have heard of the name ‘Gaia’ as the personification of the Earth, or mother Earth. Gaia was one of the Greek primordial deities, the great mother of all, the primal Greek Mother Goddess; creator and giver of birth to the Earth and all the Universe. However you may not have heard of the Gaia hypothesis. In this article we look at this very serious scientific hypothesis that relates to mother Earth as if she ‘acts’ as part of a global system.


The Gaia hypothesis refers to the work of systems scientist James Lovelock. Lovelock looked at the feedback mechanisms in the cycles of nature, between the inorganic earth, the atmosphere and the living world. He pointed out that the cycles of things like oxygen, carbon, nitrogen and sulphur, through this ‘biosphere’, are both complex and interrelated. He argued they could be subject to rapid changes in equilibrium if unbalanced.

This interacting system could then lead to feedback in the component systems so that within certain thresholds the Earth would resist change, in a homeostatic or stabilising behaviour in the global system. Then if pushed it would be subject to ‘tipping points’ leading to changes in global equilibrium – affecting things like global temperature systems.

While much of this is now accepted by science it was initially very controversial, especially when the name coined by science fiction writer William Golding implied that the Earth might be regarded as a single supraorganism.

This was opposed by literal, reductionist scientists, but in the most part Lovelock’s broader description is largely accepted today and informs our concerns about climate and biodiversity tipping points which are a major threat to future global environmental security.