Home » Science » Where Does All the Light Go When you Switch Off the light Switch ?

Where Does All the Light Go When you Switch Off the light Switch ? 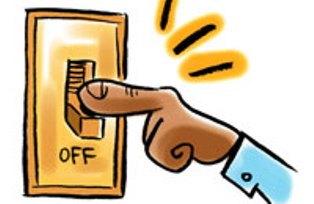 It seems simple enough – you flip a switch, and in the blink of an eye the room has gone completely dark. But where exactly did all of the light go ? What actually makes the room dark?


Backgrounder : The Conservation of Mass and Energy

According to the conservation of mass and energy (a scientific law that some really smart people discovered), light can’t simply “disappear.” In fact, no matter can vanish. Instead, it only changes its form, composition, colour, or other property, ultimately ending up as something else. So how does this apply to light?

Light is a form of energy that consists of particles called photons. When you flip on a light bulb, the filament is heated to the point at which it emits these photons.

The photons then shoot around the room in all different directions at incredible speeds-the speed of light, to be exact, which is 186,000 miles per second. 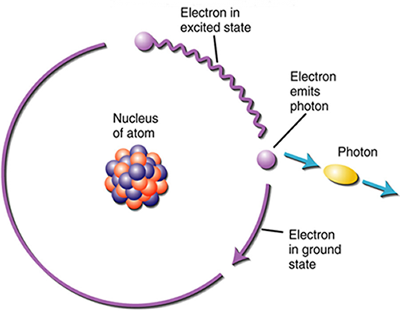 Whenever a photon hits one of the atoms that make up the walls and everything else in the room, it transfers its energy. And since this quantity of energy is always conserved (remember, nothing can just disappear), the wall atom gets a jolt of energy, which causes it to vibrate. This vibrating atom then knocks into its neighbouring atom, causing it to vibrate as well, which causes a ripple effect of energy being transferred from one atom to the next.

This heats up the wall ever so slightly, similar to how sunlight can heat something. So when the light is on, the photons in the room are hitting the wall and absorbed as thermal energy.

So, when you turn the light off, the remaining photons in the room hit the walls and other objects and are absorbed as thermal energy. And because the speed of light is so incredibly fast, it all happens in an instant. It’s really that simple!