Why Can’t We Eat Grass ?

In a Nutshell :  We can’t eat grass because we don’t have bacteria in our guts that can break down tough cellulose.

Although technically, in fact, we do eat grass – lots of it. About three quarters of all the food humankind eats comes from grasses, specifically wheat, rice and corn. But the bits we eat are the seeds, not the green, leafy stems.

Grass stems and similar green leafy bits of plants make up the major part of the diet of many common animals, including cows, sheep, kangaroos and horses. If they can eat it, so why can’t we?

Sellotape, the well-known clear sticking tape, is made of cellulose, which should give you an idea of how inedible it is

The answer lies in one of the main differences between grass and us. The cells that make up our bodies are relatively flimsy, since they are protected only by a fragile membrane made of a thin layer of fat. The cells that make up plants are much stronger, because as well as a membrane they have an extra layer of protection: a cell wall made of cellulose, a tough, starchy substance. Humans cannot digest cellulose, which is why we can’t live off grass. Sellotape, the well-known clear sticking tape, is made of cellulose, which should give you an idea of how inedible it is. 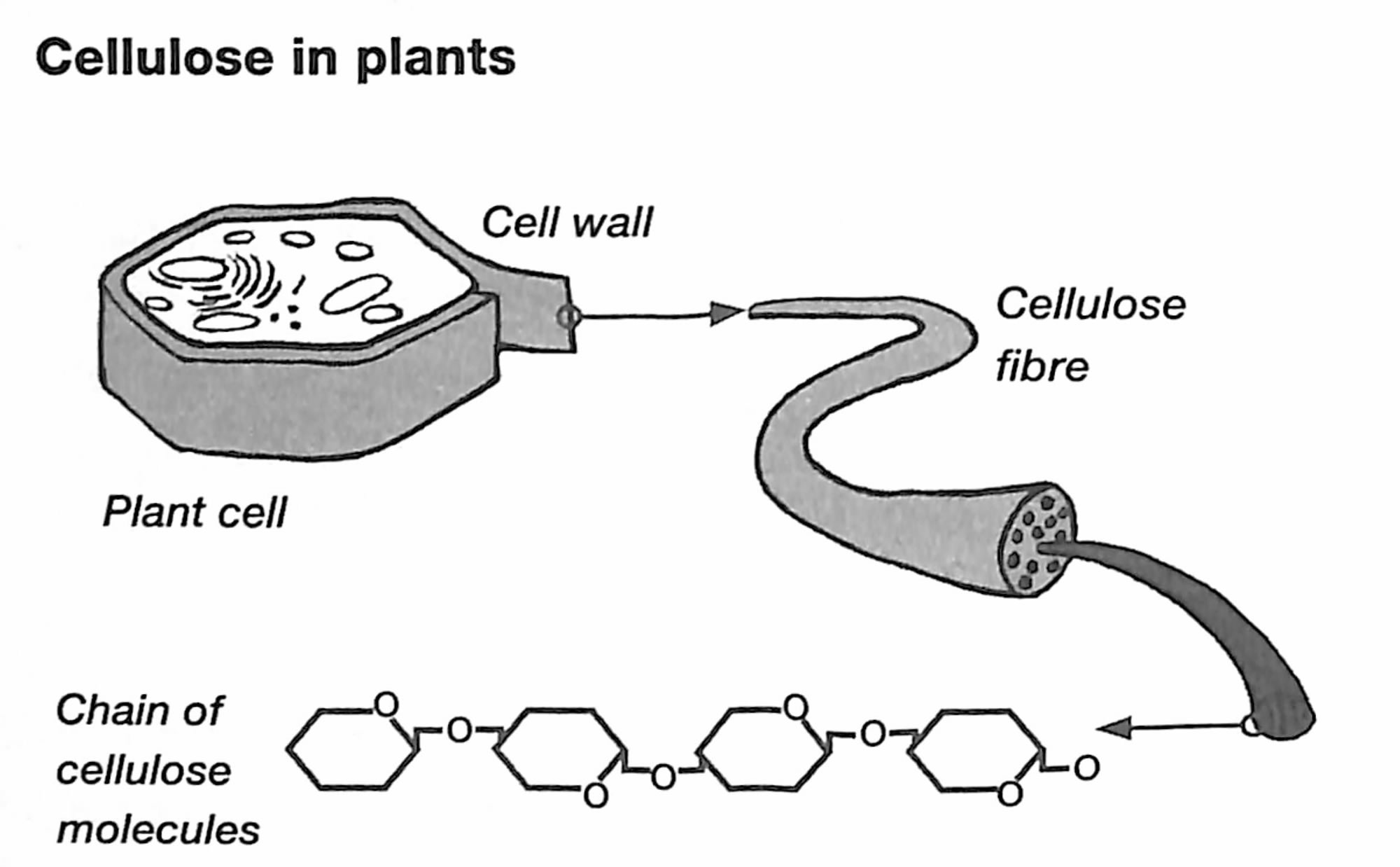 The Nature of Cellulose

Cellulose is a very long molecule formed by linking many small sugar molecules together. Humans can digest sugar easily enough, so why can’t our guts cope with cellulose? In order to break up cellulose and split it into simple sugars, an enzyme called cellulase is needed. Unfortunately we don’t make cellulase.

However, cows and other grass-eating animals don’t make cellulase either, but they have a lot of tiny friends who do – bacteria that live in their guts. These special bacteria live in a symbiotic relationship with the animals, which means that each of them benefits. The bacteria get a nice warm place to live and a constant supply of chewed-up grass to feed on, and in return the animal takes advantage of the enzymes that only the bacteria can produce.

The bacteria get to work on the tough cellulose in the grass, breaking it up and feeding off some of the sugars, but there are enough left over to keep the animal host happy. Even so, grass eating animals have to work hard to help their bacterial friends – they have to chew the grass a lot, and many of them have several stomachs so that they can chew, digest and then regurgitate and chew a bit more. Other animals, such as rabbits, use tricks like eating their own poo.