Home » Science » Why Can’t We Photosynthesise?

Why Can’t We Photosynthesise?

In a Nutshell :  We can’t photosynthesise because we don’t have chloroplasts, and we wouldn’t get enough food out of it to make it worthwhile anyway.

The simple answer to why we can’t photosynthesise is that we don’t have any of the biological equipment necessary. However that doesn’t explain why we didn’t evolve this rather neat way of manufacturing food. To answer that we need to look a little deeper at the mechanics of photosynthesis and what we might term the energy balance sheet – ie what it costs Vs what you get in return.

There are in fact animals, including at least one vertebrate, which can photosynthesise, so perhaps it’s not such an easy question after all. 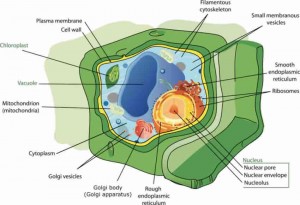 In plants, photosynthesis takes place in special units inside the cell called plastids. Plastids containing chlorophyll, the green pigment that captures light for photosynthesis, are called chloroplasts. Humans can’t make plastids – we don’t have the genes for it.

It turns out that plants originally didn’t have the genes for it either, so 1,600 million years ago they found some bacteria that did have the genes and invited them to come inside – forever. Plastids were originally photosynthetic bacteria called cyanobacteria, which took up residence inside other cells in symbiotic relationship. A symbiotic relationship is one in which both lifeforms benefit from each other. The cyanobacteria benefited from having a safe home with strong cell walls and a constant supply of water; their new hosts benefited from the sugars produced by the cyanobacteria. It was the beginning of a beautiful friendship, and now, 1.5 billion years later, the algae and plants that resulted from this union have conquered the world. 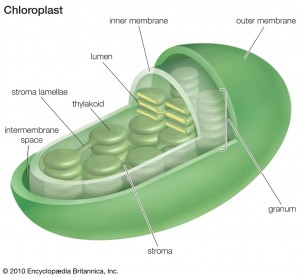 If plants are playing host to someone else’s chlorophyll, why can’t we? There are many species of sea slug that eat algae, suck out their plastids and give them new homes in their skin.

They are able to keep the plastids alive for up to ten months before they have to eat some algae to replace them. Sea slugs that do this can live for up to nine months without eating, relying on photosynthesis to feed them instead.

Even more intriguing, biologists have recently discovered that the spotted salamander (Ambystoma maculatum) can also play host to photosynthesizing guests inside its own cells. This is an exciting discovery because vertebrates (animals with backbones, such as salamanders and humans) have immune systems that are supposed to stop foreign cells from living inside their bodies. If salamanders can overcome this barrier, maybe humans can too?

in order to survive by photosynthesis alone a green person would have to sunbathe for 150 hours a day!

With a bit of genetic tinkering or messing about with embryos, we might be able to engineer humans with plastids in their skin cells, so that they can photosynthesise and enjoy a supply of free sugar whenever the sun shines.

Even if we could do this, it probably wouldn’t be worth it.

Humans don’t have that much skin to photosynthesise with, and photosynthesis is not very efficient anyway. According to one analysis, a photosynthesizing human lying naked in the sun at midday for an hour would produce just 15 calories (kcal) of energy; equivalent to about a sixth of an apple. Humans need Around 2,400 kcal per day, so in order to survive by photosynthesis alone a green person would have to sunbathe for 150 hours a day!