Why Can’t We Travel Faster than the Speed of Light

In a Nutshell :  We can’t travel faster than light because the faster things travel, the heavier they get. 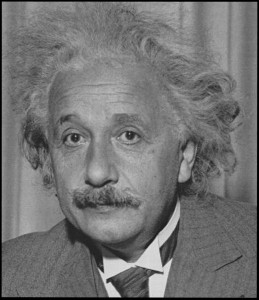 This might be news to some of you but if you’re familiar with Einsteins theory of relativity, and that most famous of equations E=mc2, you’ll understand the limitations imposed by the equation. But exactly why should it be like this ?

Actually it is possible to travel faster than light – in some situations you could outrun a beam of light on a motorbike. This is because light slows down a lot when it travels through other substances. Light slows down to less than half its normal speed when passing through diamond. The slowest speed ever recorded for light is 61.2 kph (38 mph), which was while it was travelling through an exotic form of matter called a Bose-Einstein condensate of rubidium

Why is it impossible to travel faster than the speed of light in a vacuum? The answer is Einstein’s famous equation E=mc2. This equation shows how mass (m) and energy (E) are equivalent. It means that the bigger something is, the more energy is locked up inside it.

Crucially, it also means that the more energy something has, the heavier it is. Motion is a type of energy (called kinetic energy), so something that is moving is a tiny bit heavier than something that is at rest. For example if you were to throw a ball at 160.93 kph (100 mph), then it would actually get 0.000000000002 g heavier.

This is a tiny amount, but as your speed gets closer to the speed of light, the increase in mass becomes enormous. A spaceship travelling at 90 per cent of the speed of light is twice as massive as the same ship at rest. This means the engines have to work twice as hard to make it go faster. But the faster it goes the more energy it has and the more massive it becomes, and so the more energy you have to put in to speed it up. Meanwhile everything inside the ship is also getting heavier; the watch on your wrist, which used to weigh about 14 g (0.49 oz), would now weigh about 36 tonnes.

A spaceship reaching the speed of light would become infinitely heavy and would need an infinite amount of energy to move. Obviously this is impossible. This is why nothing can go as fast as – let alone faster – than the speed of light.


A Way Around this Limitation ? 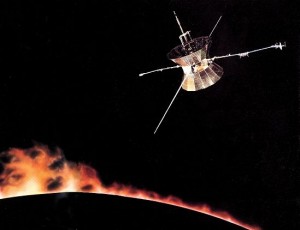 There are some ways around this problem. Some scientists think that particles with no mass such as tachyons could travel faster than light. The speed of light is their slowest possible speed. However, these are purely hypothetical particles and may not exist at all!