Home » General Interest » Why do we blush?

Why do we blush?

Published on May 31, 2016 in General Interest, Social Sciences, Trivia 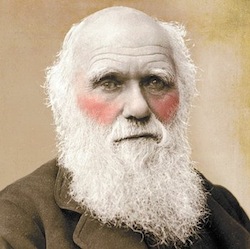 Blushing is rather an odd physiological and psychological response to embarrasment or awkward social situations. Could there be any rational or logical explanation for this ? What possible evolutionary reason could there be for such a strange phenominon.

Blushing occurs when an excess of blood flows into the small blood vessels just under the surface of the skin.

Facial skin has more capillary loops and vessels, and vessels are nearer the surface so blushing is most visible on the cheeks, but may be seen across the whole face. The small muscles in the vessels are controlled by the nervous system.

Blushing can be affected by factors such as heat, illness, medicines, alcohol, spicy foods, allergic reactions and emotions. If you feel guilty, angry, excited or embarrassed, you will involuntarily release adrenaline, which sends the automatic nervous system into overdrive. Your breathing will increase, heart rate quicken, pupils dilate, blood will be redirected from your digestive system to your muscles, and you blush because your blood vessels dilate to improve oxygen flow around the body; this is all to prepare you for a fight or flight situation.

In a nutshell there is no one reason and the psychology of blushing remains elusive.

we may have evolved to display our emotions, to act as a public apology.

On theory though is it’s evolved as a means of enforcing the social codes to which we humans must adhere for our societies to function in a friendly manner. By blushing when we’re embarrassed, we are showing others that we recognize we’ve just misstepped socially, and that we’re paying the price for it. In other words we may have evolved to display our emotions, to act as a public apology.