Home » General Interest » Why Do We Forget?

Why Do We Forget?

Published on May 2, 2017 in General Interest, Science

In a Nutshell :  We forget so that we can remember other things better. 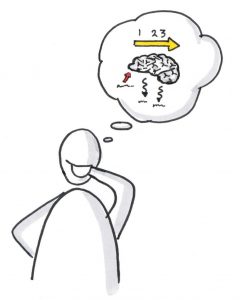 Forgetfulness is irritating and can be damaging and distressing, but it may also be necessary for basic survival.


That said we need to explain how we ‘decide’ to forget or even what memory is.


The 3 Stages of Memory

Explanations for forgetting depend partly on how memory is explained. The most popular model of memory has three stages, and forgetting can take place at all three.

STAGE 1 :  In stage one, information floods into your brain via your senses, and the most important information is held briefly in a very short-term zone called the sensory register. If you don’t pay any attention to this information it will almost immediately disappear through a process called decay. Decay is what happens when nerve cells stop firing in a certain pattern, and that pattern is lost.

STAGE 2 :  The second stage of memory formation is called short-term memory. If you are trying to remember a phone number, shortterm memory is where you hold it. Again, if you don’t make an effort or the information is not memorable, it will decay or simply be replaced by the next thing. In both this case and the previous one, you forget something because you never stored it as a memory.

STAGE 3 :  The final stage of memory formation is long-term memory, in which a memory is laid down in your brain as a more-or-less permanent trace. It seems likely that once a memory is laid down like this it lasts forever unless some physical damage actually destroys the nerve cells involved in the memory. But just because a memory is stored somewhere in your brain, it doesn’t mean you can remember it. If you can’t get hold of it, it means you’ve forgotten it, and there are lots of reasons why this could happen. 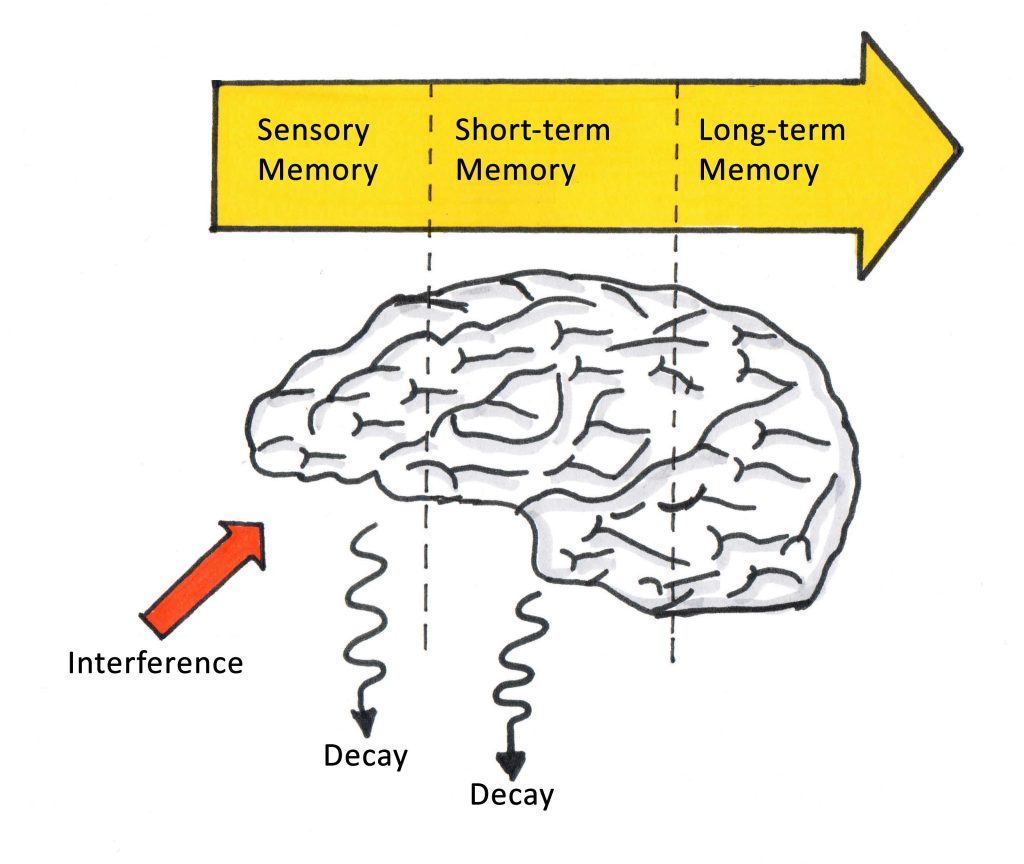 Decay and interference explain how forgetting might help us to survive. Decay means that our brains don’t store every single thing that happens. According some studies it is estimated that we only remember one out of every 100 things. This helps us to focus on things that are important, such as where to find food, or where that nasty sabre-toothed tiger lives.

Interference makes it hard to remember stuff, so by forgetting things we stop them from interfering with the important stuff. It might be important to remember that meal you ate two years ago, the one with the strawberries you were allergic to, so it would help if you didn’t have interference from memories of what you ate last night. Forgetting last night’s meal helps you to remember to avoid strawberries. In other words, in order to have a good memory, you have to have a selective memory, and that means forgetting.

Your Brain is Amazing…

You would have to leave the television running continuously for more than 300 years to use up all that storage.

Perhaps what is really amazing isn’t how much we forget, but how much we can remember. No one knows for sure how much information the human brain can hold, but most estimates agree that your memory can hold around 2.5 petabytes of information (that’s 2.5 million gigabytes). A digital video recorder with a capacity of 2.5 petabytes could hold 3 million hours of television programmes. You would have to leave the television running continuously for more than 300 years to use up all that storage.