Home » Science » Why do we need sleep?

Why do we need sleep?

In a Nutshell : We sleep to recharge our batteries and so that our brain can rewire itself …. we think

Given the relatively uncertain assertion above we need to explain …


The way it is

sleep does have a purpose and function, but we’re not entirely sure what it is yet.

It used to be thought that there was no special reason for sleep, and that it was just what happened when animals stopped moving to save energy and keep out of trouble. But we now know that ALL animals sleep, even ones that live in the sea and must keep moving to survive. We also know that animals that don’t get enough sleep suffer and eventually die, so there must be a good reason for it. In other words, sleep does have a purpose and function, but we’re not entirely sure what it is yet. 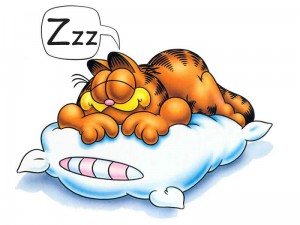 There are many different theories for why we need to sleep. Animals that are not allowed to sleep get sick and die: their wounds don’t heal, they lose weight, their skin gets bad and their immune systems break down. So one reason we need to sleep is probably so that the body can repair and look after itself in a way that it can’t while awake.

The longest a human being has gone without sleep is 264 hours (eleven days), although there are claims that a British woman stayed up for 18 days and 21 hours during a rocking chair marathon. People who go for so long without sleep have hallucinations (sense things that aren’t there) and memory loss, become paranoid, confused and bad-tempered, and cannot do simple tasks such as adding up or counting. Not getting enough sleep over a long period interferes with memory and stops people from learning.

Researchers have discovered that sleeping brains have bursts of activity. This has led scientists to suggest that one function of sleep is to give the brain a chance to reorganize itself, file away all the information picked up during the day and do other tasks that it can’t do while awake.