Home » General Interest » Do Animals have a sense of Fairness or Equity ?

Do Animals have a sense of Fairness or Equity ?

Have you ever wondered whether animals have any sense of fairness or inequality? Many dog-owners believe their pets are almost human. (Cat-owners know this to be true of their pets.) But designing experiments to prove facts about animal perceptions and judgements so that we can compare them with humans is not easy. You can’t explain to a dog as you can to (most) psychology students what it is you are researching.

A group of researchers in Vienna were interested in whether dogs had a concept of fairness or equity. It had been shown that some primates display a range of behaviours that suggest some kind of ethical or moral sense. Some primates believe in equal pay for equal work and rebel if a fellow primate receives a better reward for a similar task. Also, a hungry rhesus monkey will not take food if it will lead to another monkey receiving an electric shock. But no one knew if any non-primates had the same sense of fair play. 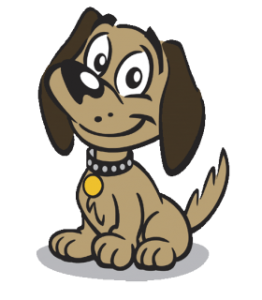 The researchers obtained 43 dogs of various breeds and trained them to put their paws in someone’s hand on command. The dogs all learned the trick quickly and performed it almost every time they were asked, with or without a reward.

Then the researchers took the dogs in pairs, and carried out a series of tests in which they ordered both dogs to do the trick they had been taught, but rewarded only one of them, the same one each time. Pretty soon, it became clear that the unrewarded dog was disgruntled. He required more prompts before he would present his paw, and looked away and scratched himself more often. ‘You get the sense that they are not happy,’ said the scientist in charge of the experiment. When the results were analysed, it turned out that while the rewarded dog did the trick every time, the unrewarded dog presented his paw only 13 times out of 30. Clearly, he did not take kindly to his partner wolfing down a delicious reward each time while he was left on the sidelines. In other words, it was all very unfair.

But did this result really mean that dogs have a sense of the inequitable? One further experiment needed to be done before the scientists could be sure of their interpretation of the result. Suppose the unrewarded dog just got bored when he was asked to do the trick over and over again without any reward. This would have nothing to do with any innate awareness that he was being treated unfairly. But in fact, when compared with a solo dog who did the trick and received no reward, the partnered dogs still did worse.

Dogs and wolves are well known for collaborating with each other in packs, and successful collaboration depends on everyone pulling his weight. Unfairness in the wild can jeoperdize the survival of the whole pack, and so a concern for fair play rather than every dog for himself, might have evolved to ensure the efficiency of group action.

If dogs really do have a sensitivity to when they are being ignored in favour of other creatures, it might explain what many dog-owners observe when a new baby enters the family and their dog seems particularly put out.


We now know that it seems that the animal probably does have a sense of unfairnesss.