Home » Social Sciences » Does the Birth Order in Your Family Influence Your Personality ?

Does the Birth Order in Your Family Influence Your Personality ? 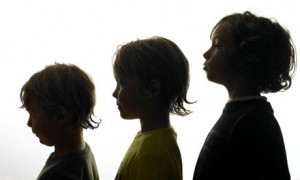 If you have siblings then you’ll be well aware of the pleasure and pain of growing up with both rivals and playmates. But does your order of birth affect your personality ? Why are US presidents and Nobel Laureates predominately first-born? And why were 21 out of 23 first NASA astronauts the eldest children in their families? Guess what, there have been studies on this (well there always is isn’t there). In this article we look at how birth order may shape your personality, behaviour and outlook on life. So see if you can recognize traits in yourself and your brothers and sisters as we explore some of their findings.


A Bit of History

Among the first to link birth order to personality and daily life was the Austrian doctor and psychotherapist Alfred Adler (1870 – 1937). He believed birth order to be an important factor in shaping one’s psychological makeup and lifestyle, which potentially explains why children brought up in the same family grow up with very different personalities. Since then, numerous books and studies have been conducted looking at how birth order impacts intelligence, personality, goal setting, career choices, management style and many other aspects of our lives.

On the whole, both psychologists and popular stereotype attribute certain personality traits to people based on their birth order. The following characteristics can generally be based on birth order (of course we need to recognize that not all qualities will apply to every child) :

Middle Child : mediator, compromising, diplomatic, avoids conflict, independent, loyal to peers, has many friends, a maverick, secretive, used to not having attention. 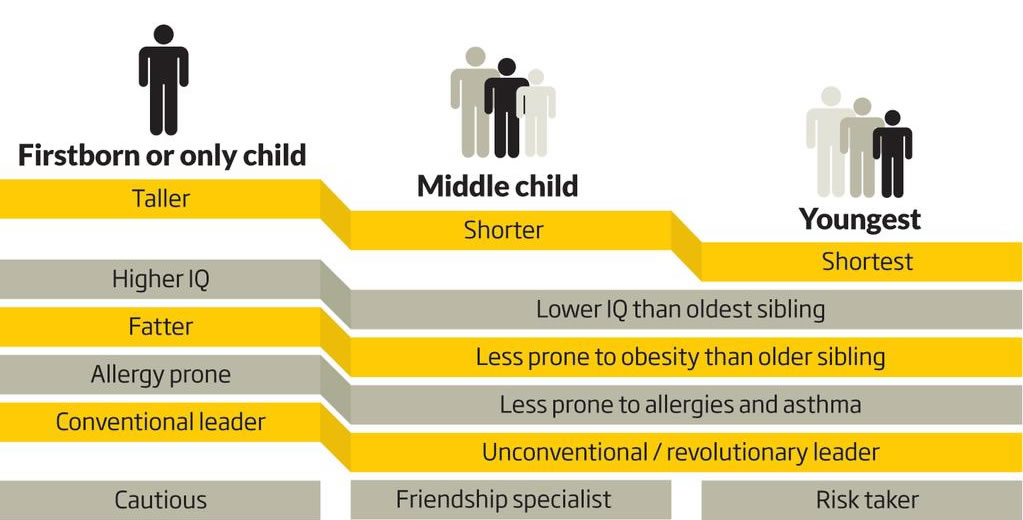 Why do children who are brought up in the same family exhibit such different personality traits?

The obvious answer would be that parents do not treat their children the same. Parents tend to be stricter with firstborns, placing certain expectations on their academic and personal performance. As a result, first children may develop into high achievers and rule followers, determined to live up to high standards. By contrast, younger children are less constrained by rules and often use their “baby” status to get their own way. They tend to be “free spirits”, more open to new experiences and are often more creative than their older siblings. Middle children on the other hand may feel intense pressure to compete with their older siblings and therefore carve out their own unique niche within the family, becoming skilled at negotiation and mediation.

Naturally, this may not always be the case and there are several other factors which may have come into play. Psychologists have pointed out several variables that may affect each family situation such as: Gender; High levels of conflict within some families; Age gaps between siblings that exceed six years; Multiple marriages and half- and step- siblings can also have a significant effect on the relationship between birth order and personality.


Summing it all up

Your birth order may mean that you are more likely to display certain personality traits. However, being the middle-born or “baby” in the family does not mean you are unlikely to get ahead in life. After all, history has known numerous examples of people rising to the top regardless of their position in the family tree.