Fantastic Plastic – What would the world do without this technological wonderstuff 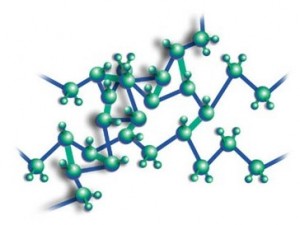 There are some discoveries and inventions which have literally revolutionised the way we live and changed the direction of technology and therefore mankind. Plastics are one of them. We use nearly 300,000 tonnes of plastic bottles in the UK every year. In the US, the plastics industry employs over 1 million people and is the third biggest manufacturing industry. Every year enough plastic is produced in the US to shrink-wrap the State of Texas.

Strong, lightweight, yet cheap to manufacture – plastics are one of the few materials that can claim to he all of these things. In addition, many plastics are also poor electrical conductors, making them ideal for insulating electrical equipment. It’s not hard to see why they are so prevalent in the modern world.

The first man-made plastic was ‘parkesine’ named after its Birmingham-born inventor Alexander Parkes. He showcased it at the Great International Exhibition in London in 1862. Four years later, he founded the Parkesine Company, planning to mass produce the material, but his cost-cutting ways came hack to bite him as the product wasn’t of sufficient quality. One of Parkes’s colleagues, Daniel Spill, improved on parkesine to form xylonite before this became registered as celluloid in 1870. However it wasn’t until the 1920s that the structure of plastics (polymers) was understood.

German chemist Hermann Staudinger was investigating the structure of natural materials like cellulose, starch and proteins, when he came up with the idea of polymers (polymeros is Greek for ‘many units’). In his paper in 1920, he suggested that they were giant molecules made up of chains of covalentlyA covalent bond is a chemical bond that involves the sharing of electron pairs between atoms. linked repeating units. At the time, chemists thought plastic was made up of bunches of small molecules, not long chains. But Staudinger’s breakthrough ushered in a materials revolution that led to such household names as styrofoam, nylon, polythene, neoprene and teflon.

Dice made in imitation ivory celluloid

The earliest commercial polymers used natural cellulose and were developed to replace expensive natural materials, for example celluloid as an ivory substitute and rayon for silk. Then, in 1909, the first fully synthetic plastic, Bakelite, was created. Over the years, a myriad of other synthetic plastics have been developed, from polyethylene to polystyrene.

The Key to Plastics’ Fantastic Properties

Staudinger’s breakthrough ushered in a materials revolution that led to styrofoam, nylon, polythene, neoprene and teflon

The type of atoms and the way in which they bond together to form the repeated links of a polymer chain define its molecular structure, which in turn controls many of its bulk properties.

Some molecular structures are well suited to electrical insulation whilst others, for example that of Kevlar, provide exceptional toughness, ideal for modern-day body armour. Plastics are also highly malleable they can be heated or placed into a solvent, and then reassembled into new shapes, for instance conforming to a curved surface or the elaborate features of a mould.


How Plastics are Made

Plastics are made by the a process called ‘polymerization’, or linking together, of small molecules (monomers) typically derived from crude oil, gas and coal, but more recently also from bioproducts such as sugar-cane bioethanol. The word ‘plastic’ is derived from the Greek plastikos, meaning ‘deformable, malleable or mouldable’.

There are about 40 different types of plastics manufactured, the most common being high-density polyethylene (HDPE), polyethyleneterepthalate (PET) and polyvinylchloride (PVC).


HOW PLASTICS ARE RECYCLED

There is an ever growing collective awareness, some would even say guilt, of the consequences of the damage that mankind is doing to mother Earth as a result of our mass consumer, throw away lifestyles. To assuage this guilt more and more people are getting into recycling. But what happens to it AFTER we place it in the recycling bins ? Check out our article on How Recycling Works.

There’s a new generation of plastics is sweeping the world’s labs and there’s a lot of excitement around recent developments in ‘Conjugated polymers’, that have all the traditional attributes of plastics, but can also carry a current like semiconductors and metals.

What this means is that gadgets like large flat-screen TVs might be made using methods more familiar in newspaper printing. Other prospects include lighting and solar energy conversion, and indeed the combination of both in a solar light. It opens up a whole new vista for many of the devices that populate our technologically intensive environment.