Home » Science » How Do Bees Communicate ? – And How we can use this for Internet Webservers

How Do Bees Communicate ? – And How we can use this for Internet Webservers

Examining how Bees work and interact reveals a highly organised and efficient ‘machine’. They appear to co-operate, communicate and work together as a unit with one purpose. But given that Bees don’t seem to communicate verbally, how do they do it?

Hives have a limited number of bees and a limited amount of energy and time with which to gather nectar, so they have to be highly efficient in where they choose to deploy their efforts. Sources of nectar can also change rapidly, with new sources becoming available and other sources drying up.

To get around the problem the insects alert each other to potential sources of food with the use of a waggle dance performed in front of other bees inside the hive. The direction of the dance indicates in which direction the food lies, the number of turns in the dance conveys how far it is, and the overall length of the dance the sweetness of the nectar.

The watching bees learn the dance and having checked out the nectar source for themselves then return and teach other bees. But in the meantime, if another nectar source has turned out to be more fruitful, then the original dance is collectively forgotten and the workers pick up the new moves.


A Paradigm to Emulate in Our World – Webservers

So how does this apply to the internet? – Well scientists from the U.S. and Oxford have taken a leaf out of the bee’s book in order to boost the efficiency of servers that power websites.

Here’s what they’ve done : Different functions on some websites are driven by different webservers, and if a particular area of a site suddenly experiences heavy demand (the equivalent of bees finding a rich source of nectar), a queue can build up as the server supplying that function struggles to cope with the load; other servers, meanwhile, might well be standing idle. But the bee-based system developed by the scientists uses a virtual dance floor where servers advertise how busy they are to each other. The length of the ‘ad’ determines the magnitude of the load in a particular area. So when an available server ‘sees’ an ad it helps out, helping to balance out the load and apportion resources where they are most needed ta keep websites buzzing along at top speed. 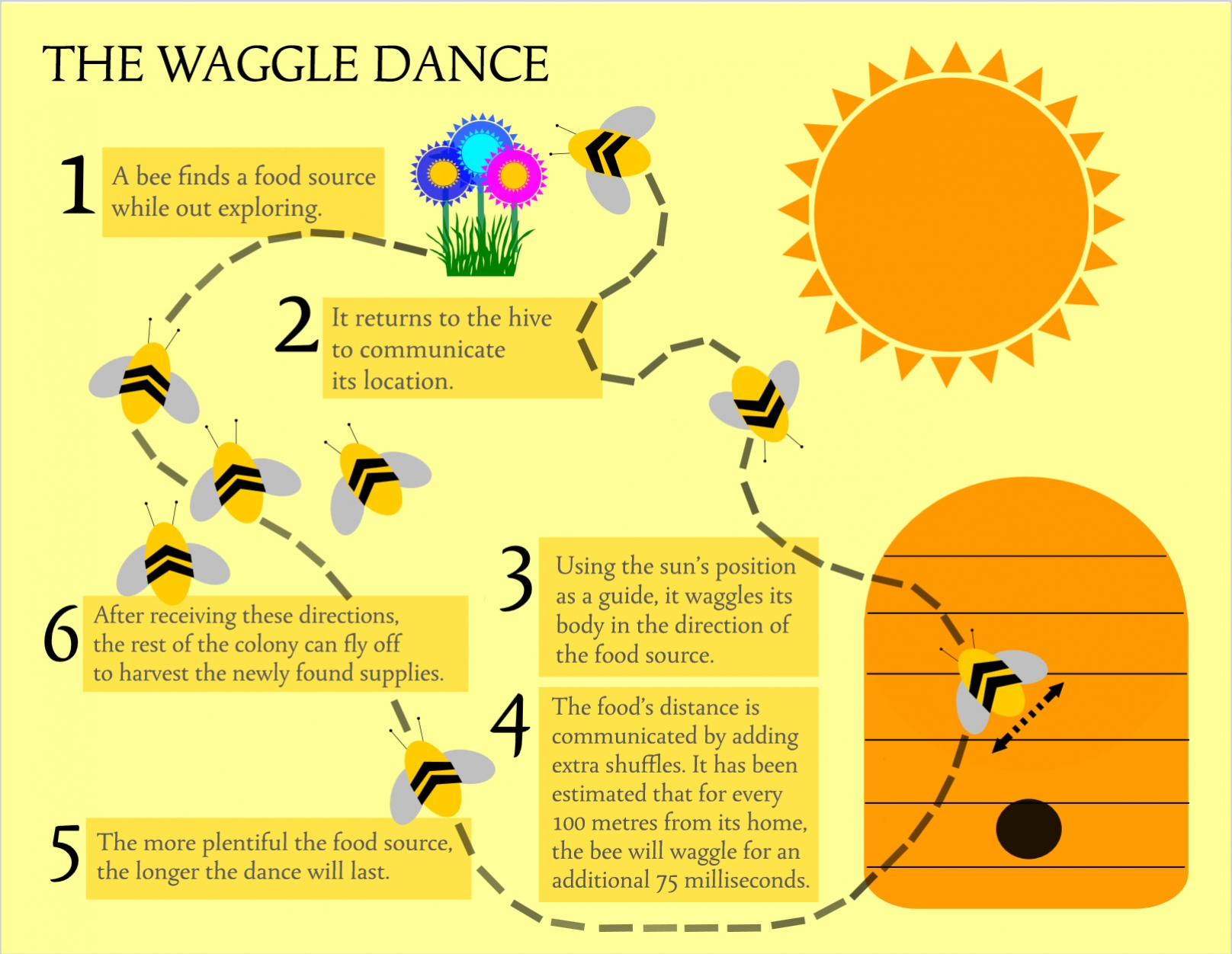