Home » General Interest » How Does the US Presidential Electoral System Work ?

How Does the US Presidential Electoral System Work ?

Published on Nov 6, 2012 in General Interest 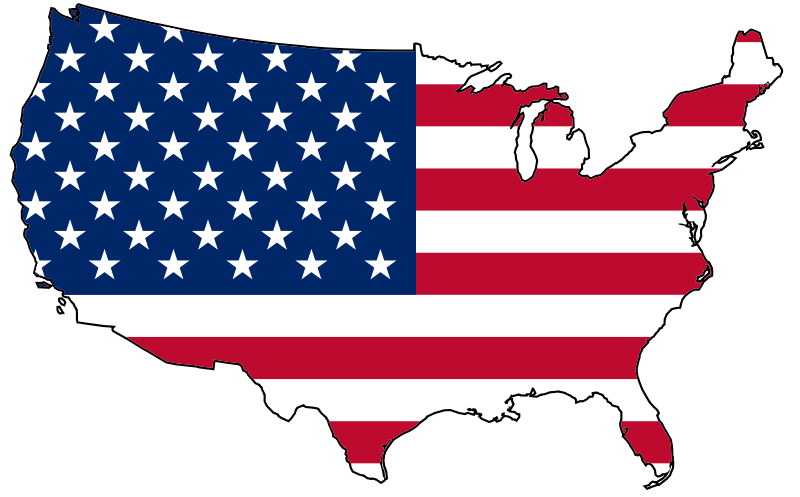 Hanging Chads, Electoral Collages, Primaries … the US electoral system can seem a bit confusing to Europeans. To add to this complexity we have to realise that the United States is a federation of 50 different states each with it’s own legislature, court system and laws. This means that different procedures and rules can apply in both the primaries and the actual presidential election process itself.

Who can stand for President?

The US constitution requires only that a person be a “natural born citizen” of the US, at least 35 years old, and a resident of the US for 14 years.

Choosing a candidate – The Party Primaries

The series of presidential primary elections and caucuses held in each U.S. state and territory is part of the nominating process of United States presidential elections. This process was never included in United States Constitution, and thus evolved over time by the political parties. It should be emphasised that these election are purely party elections and not a requirement of US law.

Both major political parties of the U.S. – the Democratic Party and the Republican Party – officially nominate their candidate for President at their respective national conventions. Each of these conventions are attended by a number of delegates selected in accordance with the given party’s bylaws.

A state’s primary election or caucus is actually an indirect election: instead of voters directly selecting a particular person running for President, it determines how many delegates each party’s national convention will receive from their respective state. These delegates then in turn select their party’s presidential nominee.

You win some, you lose some. And then there’s that little-known third category
Al Gore, Democratic National Convention,2004

Each party determines how many delegates are allocated to each state. Along with those delegates chosen during the primaries and caucuses, state delegations to both the Democratic and Republican conventions also include “unpledged” delegates, usually current and former elected officeholders and party leaders, who can vote for whomever they want.

Some states only hold primary elections, some only hold caucuses, and others use a combination of both. These primaries and caucuses are staggered between January and June before the general election in November. The primary elections are run by state and local governments, while caucuses are private events that are directly run by the political parties themselves.

Standing for President – Getting your name on the ballot paper

Which candidates appear on the ballot paper is determined through a legal process known as ballot access. Ballot access laws in the United States vary widely from state to state.

A brief but incomplete outline of such laws :

On election day, which is always on the first Tuesday after the first Monday of November, US citizens vote for their preferred candidate. For example in 2000, the two main candidates were Al Gore for the Democratic Party and George W Bush for the Republican Party, but there were several others competing on behalf of smaller parties, most notably Ralph Nader for the Green Party.

Different states have a different number of electors . Each state has the same number of electors as it has representatives in the House of Representatives and the Senate combined. So for example, Idaho, which has two senators and two members of congress, has four electors (or electoral votes) allocated to it whereas California, which has two senators and fifty-three members of congress, gets fifty-five electors (or electoral votes) in the electoral college. The District of Columbia to save further trouble, is allocated three electoral votes. Nationally, this adds up to 538 electors in the electoral college. 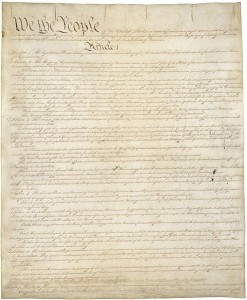 The situation is further complicated by the fact that the vast majority of states have a first-past-the-post voting system for presidential candidates. In other words, if 49% of the people in California vote for the Democrat candidate, 43% vote for the Republican candidate, and the remaining 8% vote for another candidate (or don’t vote at all), then the Democrat candidate will get ALL fifty-five of the votes in the electoral college – even though the Republican candidate received 43% of the popular vote in the state. The states of Maine and Nebraska have different systems, they both use an alternative method of distributing their electoral votes, called the Congressional District Method. Currently, these two states are the only two in the union that diverge from the traditional winner-take-all method of electoral vote allocation.

Due to the way the electoral college system works is highly unlikely that a candidate from any of the lesser parties will ever receive any electoral votes, because they would need to receive the most votes in a state to do so.

Another controversial result of the electoral college system is that it is possible for a candidate to receive the most votes nationwide and still lose the election. In 2000, Gore received 500,000 more votes than Bush, but five less electoral votes. This is the third time in US history that such a scenario has taken place although the other two occasions were in 1876 and 1888.

Finally, the electoral college system means that presidential candidates have a tendency to focus their campaigns on states where the outcome of the popular vote is in doubt. Such states are called ‘swing states’. There is no point in a candidate spending resources in persuading more people to vote for them in states that they know they have already won (or lost). For example, a Republican candidate can expect to win Texas and to lose Vermont, and so there is little merit in campaigning heavily in these states.

In the days and weeks after the election – if the vote is decisive – the victor will assemble a cabinet and begin crafting a more thorough policy agenda.

Meanwhile, the departing “lame duck” president works to shape his legacy and begins packing up his belongings.

Under the US constitution, the president is inaugurated on 20 January of the year following the election.

Caucus or primary – what’s the difference?

A primary is a traditional election, where a broad electorate of voters cast secret ballots at polls open all day. The winner of the primary election takes the state’s delegates to the national convention.

A caucus is a meeting of registered party voters and activists that takes place at an appointed time of day or evening.

Caucus procedures vary according to state law, but in most states, such as Iowa, voters meet in private homes, schools and other public buildings to discuss the candidates and the issues.

They then hold a vote of the caucus to chose a candidate and elect delegates pledged to support that candidate at county conventions.

At Democratic caucuses, the voters sometimes publicly divide into groups, gathering in different corners of a room to show their support for the different candidates, and delegates are allocated accordingly.

Republican caucuses usually take the form of a secret ballot, the results of which inform the allocation of delegates.


What is Super Tuesday?

Super Tuesday is a day when a lot of states hold primaries or caucuses simultaneously.


Are the caucuses and primaries held at the same time every election year?

No, and the national parties are frequently at odds with their state affiliates over timing.

States often vie with one another to hold their contests earlier in the season in an effort to boost their influence, with Iowa and New Hampshire striving to protect their status as the first in the nation caucuses and primary.


Do electors HAVE to vote according to the result in their state?

Technically no they don’t, but in practice this almost never happens. However in 2000, when it came to the voting of the electoral college one of the presidential voters did refuse to vote. Such an elector is called a ‘faithless elector’. Barbara Lett-Simmons, who was representing the District of Columbia refused to vote on behalf of Al Gore as she had promised, in protest at the fact that the District of Columbia does not have proper representation in the US Congress.