Home » Social Sciences » Inside the head of a trainspotter

Inside the head of a trainspotter

So here’s a question … Is there a brain region that makes someone a trainspotter? Just to be clear we’re not having a go a trainspotting, we’re just being a bit flippant. What we’re really saying is that we all to some degree like collecting things but is there any psychological or physical evidence as to why some people do it more than others?


The Collector in All of Us

Some people take hoarding to extremes – and for some of them, yes, there would seem to be a compulsive element, although few studies have been carried out to investigate the phenomenon of compulsive collecting. But now scientists have pinpointed a part of the brain that appears to make people, and animals, want to collect things. Over 70 different animal species, including humans, show hoarding behaviour – which mostly involvesstashing away food – but until a couple of years ago no one knew where in the brain the drive to collect (whether stamps, pencils, Dr Who videos or even locomotive numbers) was based. 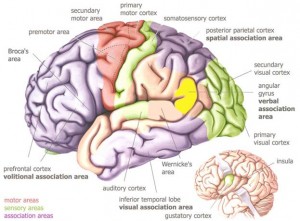 University of Iowa brain researchers Roy and Lucille Carver cracked the problem by studying the brain scans of a number of human patients who had developed unusual hoarding tendencies – to the extent that they would fill their houses with useless rubbish such as broken fridges, toasters or even junk mail.

Although the items were useless to the patients, who otherwise showed normal brain function in terms of intellect and memory, the hoarders strongly resisted any notion of getting rid of the stuff. The researchers found that the patients with this hoarding behaviour all had small areas of damage to a particular part of the right side of the brain known as the medial prefrontal cortex.

Now that they have pinpointed the region of the brain which drives collecting behaviour, scientists hope that this will provide clues to tackling the problem when it crops up in other conditions, including Tourettes, obsessive compulsive disorder, certain dementias and schizophrenia.