Home » General Interest » Is it possible to clone a Dinosaur like in Jurassic Park ?

Is it possible to clone a Dinosaur like in Jurassic Park ? 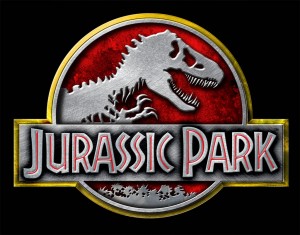 The film “Jurassic Park” introduced a very interesting concept regarding the possibility of cloning a long dead species from preserved DNA – in this case dinosaurs. The premise behind this intriguing book, and film, was that insects that could have bitten a dinosaur 63 million years ago – and were then preserved in amber – would contain inside them perfectly preserved Dinosaur DNA. From this scientists then cloned it to reproduce living breathing replicas. Sounds plausible – but is it ?


Short answer is : NO (unfortunately).


HOWEVER … Although it is impossible to produce a living and breathing dinosaur by extracting dinosaur DNA from blood samples in a preserved mosquito and ﬁlling in the gaps with amphibian DNA, as seen in Jurassic Park, some still believe that the recreation of these ancient beasts IS possible.

An Antarctic-based research team who were measuring the effects of global warming recently came across the bones of a riordanosaurus and what appeared to be its skin and hair preserved in the glacier. Although bones have been found in Antarctica before, the melting of the ice caps has revealed far better preserved remains, so while it is impossible to extract even a fragment of dinosaur DNA from the bones of a specimen embedded in rock, the frozen remains of this riordanosaurus have enabled geneticists to build up a clearer picture of what makes this speciﬁc breed. 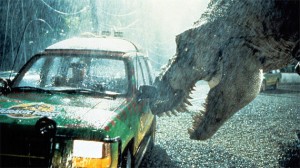 With the future advances of quantum, bio- and nano-computers which will one day have the number-crunching capabilities to process the countless genetic sequences required to establish a dinosaur-genome project, it is distinctly possible that, in the next century, the improved processes of cloning and genetic engineering could provide a suitable candidate for embryonic development.

When this happens, it is likely that large corporations, especially those with a stake in the theme-park industry, will invest heavily in research which will lead to the cloning of specimens from various species. A suitable isolated location will then be chosen for the public to come and view these creatures on a safari-style experience. It is also highly likely that dino-park branded lunch boxes and T-shirts will be available from the gift shop 😀