Home » Science » Is there any Evolutionary Reason why we Die ?

Is there any Evolutionary Reason why we Die ?

Myth 1 : We die to make room for younger generations.

Genes are selfish, and each individual body is a vehicle for a collection of genes. These genes are selected to favour the survival of copies of themselves. Since parents and offspring use the same resources, the death of a parent creates room ecologically for just one offspring. Each gene in the parent has a 50% chance of appearing in this offspring. But it has a 100% chance of appearing in the parent, because it’s already there. It’s never, then, in the evolutionary interests of a parent to die so an offspring can replace it.

Myth 2 : We die because our cells/DNA get damaged with age. 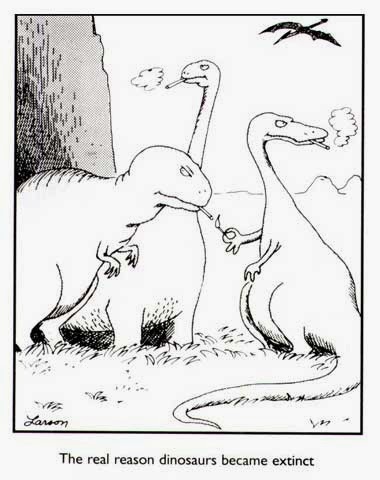 This like saying bad drivers die because of blood loss. It’s a proximate mechanism of death, not the evolutionary cause of mortality.

The cells that are part of our body do indeed suffer occasional mutations as they divide. These mutations can kill or damage cells, which is annoying but not generally a big problem as we can make more. However, the worst mutations do something much more dangerous: they help cells to survive and proliferate. That’s how you get cancer. Because this risk accumulates over time, cells are normally allowed only a limited number of divisions before they undergo cellular senescence, that is, they die. But the genes that cause cellular senescence can also stop working. So that’s one of the ways in which we get old: our cell lineages get older, damaged and mutated, and some become cancerous.

However, the cell/DNA damage idea assumes that this isn’t something evolution can counteract. And that’s clearly false. Lifespan and cancer rates differ between species, and not in the ways you would expect if they were determined by cell/DNA damage. For instance, once you take into account body size and phylogeny, DNA repair doesn’t correlate with lifespan. Lifespan does, however, correlate with ecology: mammal species who typically lead risky lives die younger (even if you protect them from those risks). At one extreme, in the harsh Australian bush we find the male agile antechinus, who dies of stress at the end of a single breeding season. At the other extreme, the naked mole rat can live for three decades in its peaceful underground colonies.

This gets even more puzzling when you start to look at genomics. We have a whole suite of genes devoted to keeping our genome pristine. One such clever gene called P53 that acts as a “gatekeeper” for cell division. If the cell has too many mutations, P53 will halt division and activate repair mechanisms. If that doesn’t fix things, it will make the cell commit suicide. Mutations that break P53 are involved in about half of all human cancers.

Some organs heal and regenerate, some don’t. Some species can regenerate organs that others can’t. A salamander can grow a whole new leg. There’s even a jellyfish that can reverse its development when it’s damaged. All in all, natural selection is clearly capable of creating creatures who can fix cellular and DNA damage and repair damaged organs.

So : evolution can fix the problems we mentioned above for us, and it doesn’t. What the heck, evolution, aren’t we friends?

Well : no, actually, evolution is not our friend. If anything, it’s our genes’ friend. And there’s a very good reason our genes don’t actually care about us.

No matter how hard our genes try to help us survive, sometimes they’re going to fail. These failures are often, as far as your genes are concerned, random

Mutations are a problem evolution can fix. But death isn’t. Accidents happen. Diseases happen. Sabre-toothed cats happen (well, not any more, but you get the point). No matter how hard our genes try to help us survive, sometimes they’re going to fail. These failures are often, as far as your genes are concerned, random. And that means our genes can’t afford to get too invested in the survival of any individual. In the long term, the only way a gene can survive is to spread — to copy itself through a population.

So from a gene’s-eye view, every investment in your survival is a potential trade-off with the creation and survival of your potential descendants. And, rather obviously, the more likely you are to die randomly, the less it makes sense for your genes to invest in the survival side of the equation.

From a Gene’s perspective

Looking at this from your genes’ perspective they don’t know about you specifically, their behaviour is selected based on statistics. They don’t want to invest in somebody who is, on average, dead. Younger people are, on average, more likely to be alive. So if your genes have to choose between investing in (on average) the survival and/or reproduction of a young person versus an old one, they’ll pick the younger one.

As life goes on, your genes effectively stop caring what happens to you. After a certain point, it’s so unlikely that you’re still alive that your genes can safely assume you’ll already be dead. So your genomic programming can contain all sorts of wacky stuff that only kicks in after this point, just because there’s no noticeable selection against it.


So to sum up mortality is an evolutionary prophecy that fulfills itself in a multitude of ways. And that’s why there’s no single key to eternal life.