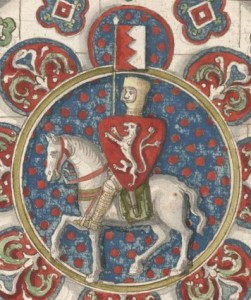 There are key moments in history when on the decisions and actions of men the course of human history is changed forever. Sunday March 8th 1265 was such a day when the actions of the nobleman Simon de Montfort still reverberate down the centuries to us today, for on that day the first ever English Parliament sat.

Simon de Montfort is one of the great controversial characters in English history. The bare outline of his achievements is indisputable: de Montfort led a rebellion by English barons against the weak and puerile leadership of Henry III, and after capturing the King at the Battle of Lewes in 1264, Montfort was de facto ruler of the realm. The controversy is whether he was a man ahead of his time, a believer in liberty and some sort of democracy, or whether he was simply another power-hungry noble with an eye to the main chance.

This was the first time in history that ordinary citizens had met to discuss the government and to give opinions regarding the laws they were to live under.

Whatever the verdict on Montfort’s character, what is certain is that on 8 March 1265 he gathered together in Westminster Hall some peers of the land, a sprinkling of bishops, two knights from each shire and two to four ‘good and loyal men’ from each city and borough. This was the first time in history that ordinary citizens had met to discuss the government and to give opinions regarding the laws they were to live under.

De Montfort actually called two parliaments. The first stripped the king of unlimited authority with the second including the ordinary citizens from the towns as we mentioned above.

Historians consider this the first parliament, the start of what is today the House of Commons and in a broader sense, the start of parliamentary democracy as it now exists.

Unfortunately after a rule of just over a year, de Montfort was killed by forces loyal to the king in the Battle of Evesham. However this action along with the earlier Magna Carta in 1215 clearly set England apart as a future model for democracy.