Home » Social Sciences » Predicting the social future – How do our Brains use Behavioural Social Clues ?

Predicting the social future – How do our Brains use Behavioural Social Clues ? 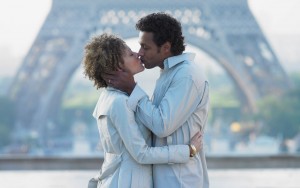 You’re out on a first date. You walk your date home and say good-bye out side her house. You turn to her and then you lean in for a kiss. You predict, based on our previous interactions, that the kiss will be reciprocated – rather than landing you with a slap in the face – but how did you come to that conclusion ? – What cues – conspicuos or unconscious are you acting on ?


The Answer is … Future-predicting Neurons in the Brain

All our social interactions require us to anticipate another person’s undecided intentions and actions. Researchers have discovered specific brain cells that allow monkeys to do this. So it’s highly likely that the cells do the same job in us humans.

Monkey’s were monkeys to play a version of the prisoner’s dilemma, a game used to study cooperation. The monkeys sat next to each other and decided whether or not they wanted to cooperate with their companion, by moving a joystick to pick either option. Moving the joystick towards an orange circle meant cooperate, a blue triangle meant “not this time”.Neither monkey could see the other’s face, or receive any clues about their planned action. 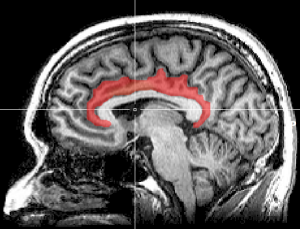 Once both had made their selections, they could see what the other monkey had chosen and hear the amount of juice their companion was enjoying.

The monkeys played the game several thousand times. Like humans, they were more likely to cooperate if their opponent had recently cooperated in a previous trial.

During the experiment, the scientists recorded brain activity from single cells in the monkeys’ anterior cingulate – an area thought to play a role in decision-making. They discovered that the activity of a specific set of neurons was associated with the monkey’s own decision in each game.

But anticipating your opponent’s action, on the basis of previous behaviour, is the key to receiving the greatest reward in the prisoner’s dilemma. However the researchers found another set of neurons within the same area that were responsible for predicting what the monkeys’ opponent was intending on doing – before they did it.

In fact, when the team looked back at the results, in 79% of trials, the activity of the neurons in one monkey predicted the subsequent move of the other monkey – these neurons were trying to predict the intentions of others.

To confirm their findings, the team repeated the experiment with the same monkeys but had them play against a computer rather than a companion. This time the monkeys were less likely to cooperate or reciprocate a past offer of cooperation from their opponent.

When playing in this isolated context the neurons responsible for the monkey’s own choice became more active than those that were previously busy trying to predict decisions. And might explain the monkey’s selfish behaviour in this condition

The researchers then went a step further and disrupted the activity of these predictive neurons by inhibiting them with weak electrical pulses, while the monkeys played the game next to each other. Again the monkeys were less likely to cooperate even after their opponent had cooperated previously.


It’s been suggested that the discovery might aid the development of new treatments for conditions such as autism and antisocial disorders. It may be that the cingulate is important for reinforcing mutually beneficial social interactions among individuals, and therefore may be a targeted hub for treating disorders in which these abilities are impaired – We shall see.