Home » Trivia » Why do Buses Come in Threes ?

Why do Buses Come in Threes ? 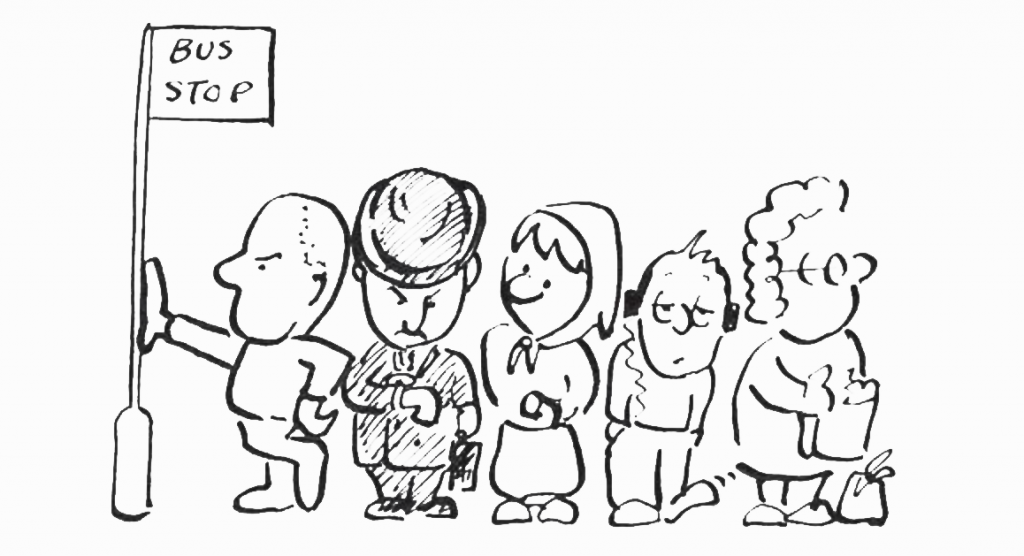 Well … the short answer is they don’t! However our instinct behind the feeling that this DOES occur is not really far off … They actually come in twos !

In order to investigate the bus phenomenon we’ll have to devise what is known as a mathematical model – a simplification of the real situation with some invented figures. As long as the assumptions are sensible, models can provide an insight into the way things work. Don’t worry though it really involves more mental reasoning than any hardcore sums

Suppose that buses leave the depot every fifteen minutes, but by the time they reach your stop, the buses are bunched in threes. For the sake of argument, let’s also say that the three buses in a bunch are only a minute apart. Since three buses leave the terminus in any spell of 45 minutes, the diagram shows that the gap between bunches of three buses must be 43 minutes.

So Why Do They bunch?

The reason why buses bunch is nothing to do with incompetent planning by the bus companies. Bunching is a simple fact of life. Even if buses leave the depot every fifteen minutes on the dot, the passengers arriving at bus stops are not so consistent. They arrive much more at random. It is likely that at some point on a bus route there will be a sudden burst of passengers arriving, and of course they all have to pay to get on. This behaviour slows the bus down, and so allows more passengers to collect at the next stop.

Meanwhile the bus behind is now not only closer to the one in front of it, but also, because there is now less time for passengers to arrive between buses, there are fewer passengers for the second bus to collect So the second bus progresses even faster. The buses have now entered a vicious circle which will almost certainly lead to the second one catching up with the first, whereupon the two will complete their journey in partnership. Hence the tendency for buses to bunch in twos.

The further along a route that a bus goes, the more likely it is to bunch with another bus. If bunches of three happen at all, they are most likely to appear towards the end of a long bus route. They are also more common when buses start their journeys close together, in other words on bus routes with a frequent service.


How ironic that the ‘best’ bus routes can be the ones which attract the worst reputation for bunching.