Home » Social Sciences » Why do we dream?

Why do we dream?

This is one of those knotty questions that has many potential answers but tantalisingly eludes scientists. Nobody really knows why we dream; it may be a way to rehearse dealing with difficult problems, or it may be linked to learning.

Dreams are among the great mysteries of the human condition, alongside consciousness and the meaning of life. They can be bizarre and boring, inconsequential and full of meaning.

In ancient times, dreams were believed to be messages from the gods or the voyaging of the spirit to other worlds

In ancient times, dreams were believed to be messages from the gods or the voyaging of the spirit to other worlds. Only recently have sleep scientists learned enough about dreaming to speculate about whether it has any function, and what that function might be.


So what do we know about dreams?

Children under the age of 10 don’t dream that much, but over the age of ten you can expect to have at least four dreams a night, varying in length from 5 to 34 minutes, although the vast majority of our dreams are not remembered.

Dreams mostly happen during a phase of sleep known as rapid eye movement (REM) sleep, during which your brain and body are aroused almost as if you are awake. Although you can also dream in other stages of sleep, REM dreams tend to be the most vivid and memorable. 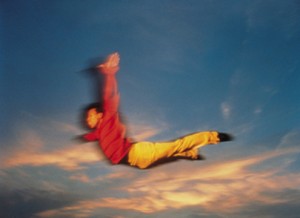 We also know that although dreams can be about anything, there are some common features that pop up a lot. One of the most common dreams is being chased or followed. Dreams usually feature the dreamer as him or herself, and most of the other people in the dream will be familiar in one way or another. Dreams often have bizarre content, in terms of people behaving oddly or things changing their nature. Dreams tend to be very emotional, and mostly they feature bad emotions, such as fear, anxiety and anger.

Sleep experts have a number of theories to explain why we dream and why dreaming evolved in the first instance.

Theory 01 : The psychoanalytic theory says that dreams help us to deal with emotional and psychological problems, but if this were true wouldn’t it help to remember our dreams?

Theory 02 : Random activation theory says that dreams have no meaning or purpose, and are just the by-product of what happens to the brain when it goes to sleep. But if this is true, why have we evolved to have REM sleep, which uses up a lot of energy – almost as much as being awake? By itself, this suggests that there must be a very good reason why we dream.

Theory 03 : Idle time – This 3rd theory, or collection of theories, is that dreaming is a bit like what a computer does when you are not using it. If a computer sits idle for long enough it switches into a kind of housekeeping mode, where it cleans its memory, updates programs and does other ‘off-line processing’. According to this school of thought, dreams help your mind to ‘clean up’ difficult emotions and thoughts, providing psychological healing, and they also help you with learning by filing away new memories and knowledge in the right place. There is a bit more some evidence for this third theory: people who learn new things during the day arlikely to have more and longer periods of REM sleep in the night. But there isn’t really any evidence that dreams are particularly helpful, or that people improve after dreaming.

Theory 04 : The threat simulation theory is a set of theories says that dreams evolved because they helped early humans to perform better during the day, perhaps by letting people rehearse situations and how they would deal with them in a kind of virtual reality simulator. Dreams are a safe way to practise how to deal with threatening situations. This would explain why negative emotions are such a common feature of dreams, and why so many dreams are about being chased or being in danger.