Home » General Interest » Why do we have five fingers on each hand and five toes on each foot?

Why do we have five fingers on each hand and five toes on each foot? 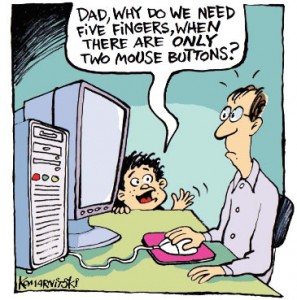 We seem to have the exactly the right number to do the job – but why 5 fingers and five toes on each appendage – Why not 6 or 10 on each ?

In this article we look at what is believed to be the reason it is “just so”.

Humans’ remote tassel-finned or fringe-finned (crossopterygian) ancestors emerged from the water with a limb architechire of one bone from the shoulder or hip, two bones from the elbow or knee, and several bones from the wrist or ankle. 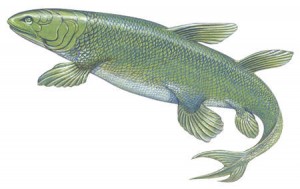 All land vertebrates have limbs that are based on that original scheme, including humans. These pioneers had lots of slender “toes” on all four feet – too many and too slender for control and power. There must have been strong selection for a more definite joint structure and more strength in each digit. By the time the first true amphibians appeared, toes had thickened and been reduced to eight or so on each foot.

By the time the first true amphibians appeared, toes had thickened and been reduced to eight or so on each foot.

Long before the first reptiles evolved, five toes had become pretty much standard issue. Mammals continued the pattern, which seems to be so robust and versatile that it has persisted among most non-specialised groups and a good few specialists as well, such as tree climbers and their descendants, including humans.

Specialisation tends to reduce the number of toes. Creatures that run, for example, need light feet more than they need versatile bone architecture, so their toes reduce in number – down to one in horses – and in size – two main toes and a couple of vestigial ones in artiodactyls (cattle, deer and suchlike). Some creatures, such as snakes, have even lost entire limbs. The only example of an added toe is the giant panda’s ‘thumb’, which is, of course, not really a toe.