Home » Trivia » Why do we sometimes get a tune stuck in our heads ?

Why do we sometimes get a tune stuck in our heads ? 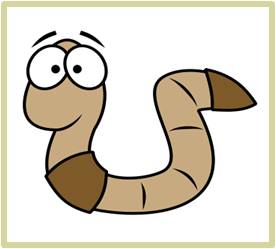 Why is it that we sometimes get a tune or chorus stuck in our heads and play it over and over again even though it’s driving us crazy?

This is one of those questions that one wonders if there really could be an answer or is it ‘just one of those things’. Well some neuroscientists, pyschologists and even marketeers have something to say on this subject.

Getting a song stuck in your head is known by many different names including stuck song syndrome, or eanworm, a term translated from the German word Ohrwurm.

Neuroscientists have suggested that it actually may have an evolutionary origin. Before writing was invented, just 5000 years ago, songs helped people to remember and share information. Variations of rhythm and melody provide the cues for easier recall, something that continues even in communities today with strong oral traditions.

This also happens to co-incide with the findings of marketers who believe that earworms occur when you subconsciously detect something unusual about a piece of music. Usually between 15 and 30 seconds long, an earworm is replayed in your mind in a loop and is difficult to dislodge.


So What Makes for a Good Earworm ?

Music that is repetitive and simple, yet with an unexpected variation in rhythm, is most likely to become an earworm. For example, the repetitive melody and shifting time signatures of the song ‘America’ from West Side Story. Reasearch suggests that 98 per cent of people are susceptible to Earworms.


So What Triggers it ?

Psychologists have suggested a couple of triggers:

Bits of songs that have been heard recently or repeatedly.
A song associated with a stressful or stimulating experience is also a good candidate.