Blue Monday is the name given to the day in January, typically the 3rd Monday of the month, that it is claimed is the most depressing day of the year. Winter is beginning to bite, Christmas is over, you’ve eaten too much during the festive season, you’ve over spent on presents and the next pay day is yet to arrive.


So is this a real thing or not … Urban Myth or Science Fact?


The theory was first published in 2005 in a press release in the Guardian under the name of “Cliff Arnall”, who at the time was a tutor at the Centre for Lifelong Learning – a Further Education centre associated with Cardiff University. Arnall claimed that the purpose in deriving this date was to help a travel company to “analyze when people book holidays and holiday trends” Certainly, at first glance it looks suitably impressive with the following formula … 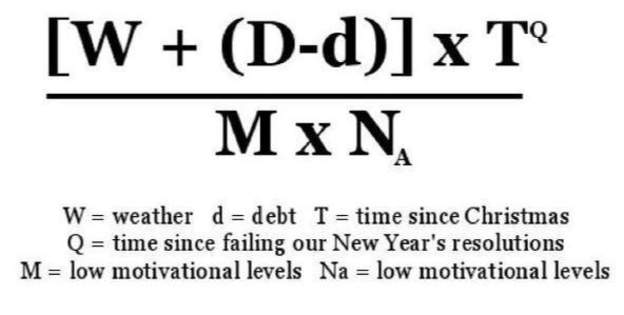 However on closer observation it was noted that the equation “fails even to make mathematical sense on their own terms”.

It turns out the concept was really started as a publicity campaign by travel agents Sky Travel to sell their last-minute holidays. So while the January blues is nothing new, Blue Monday is largely considered a PR stunt backed by pseudoscience with its formula derided by scientists as nonsensical.

The Guardian later printed a statement from Cardiff University distancing themselves from Arnall saying that “Cardiff University has asked us to point out that Cliff Arnall… was a former part-time tutor at the university but left in February.”


However lets not let a little thing like the truth get in the way … So don’t worry if you’re a bit grumpy on the 3rd Monday of the Year … the blame lies with “science”.