How Did Different Human Skin Colours Come About ? 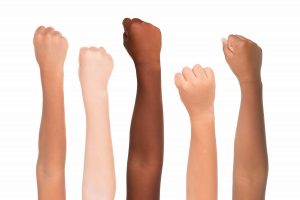 Skin colour is the result from the presence of a pigment called melanin, located in the epidermis, or outer skin layer, and produced by cells called melanocytes.

Melanin acts as a protective shield against ultraviolet radiation and helps prevent sunburn damage that can lead to melanoma (skin cancer).

There are several theories concerning the evolution of skin colour…

So, rather unsatisfyingly, the answer is not entirely clear.