Home » Food & Drink » What can you eat that uses up more calories than it gives ?

What can you eat that uses up more calories than it gives ?

The perennial question, if you happen to find yourself overweight and contemplating the not so nice prospect of going on a calorie controlled diet is always : What can you eat that uses up more calories than it gives?

The calorific value of a food is a measure of its energy content and at a fundamental level this depends on the relative numbers of carbon, hydrogen and oxygen atoms it contains. As a general rule, high calorie foods have relatively large amounts of carbon and hydrogen relative to oxygen, giving them more scope for combining with extra oxygen and releasing chemical energy. This is why fat, with its relatively high ratio of carbon and hydrogen to oxygen is much higher in calories than simple carbohydrates like sugar.

For a food to be a source of “negative calories”, it must provide fewer calories than are used to consume it

For a food to be a source of “negative calories”, it must provide fewer calories than are used to consume it. Sadly, there are no zero calorie foods: all are combinations of oxygen, carbon and hydrogen, capable of releasing energy. So, in the search for a zero- or even negative-calorie food, a little more cunning is required. For example, one could consume foods whose energy content is never released, because the body cannot break them down. Cellulose is a case in point: rich in energy-containing carbohydrates in a form humans have lost the ability to digest, so it passes through with its calories untouched. This is why vegetables like celery and cabbage have such very low calorie counts of just 10-20 kilocalories per 100 grams: they are packed with energy but it is largely in a form humans cannot break down and use. 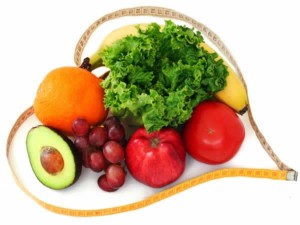 These could become “negative calories” if the energy required to digest them exceeds the amount provided. It’s often said that the act of chewing a stick of celery is enough to cancel out its energy content. In fact, the energy involved in mastication is tiny; what really matters is that used up in the act of digestion – the “thermic effect” of the food.

(Unfortunately) experiments suggest that digesting a vegetarian meal burns up around 50 to 60 kilocalories, so that a bowl of salad would indeed provide “negative calories”; supplying significantly less energy than is used to digest it.

Further negative calories could be obtained by washing the meal down with a chilled “diet” drink; the sweeteners used are pretty rich in energy but their extreme sweetness means that only tiny amounts are needed in a drink – which thus contain only a few calories per can. The negative calories then come from the fact that once we’ve consumed it, we expend about 10 kilocalories warming the liquid up to body temperature. As the chilled drink contains around 3 kilocalories, drinking it will supply about seven “negative kilocalories”.

Now the bad news: the amount of “negative calories” one could reasonably expect to consume in a day is probably no more than a few dozen, while it takes around 3,500 kilocalories to burn off a single pound of fat. In other words, negative calorie foods may exist but they’re irrelevant in the fight against flab.