What every body is saying … when bodies start talking

Whether you like it or not your body leaks information about you. Every day in every interaction your body posture and movements are transmitting information about your inner thoughts and feelings without you knowing it .. this is “body language”. The trick is can you consciously control it or even read other peoples ?


The ‘Science’ of Kinesics

Most researchers conclude that human communication is only 30 to 40 percent verbal and 60 to 70 percent of our interactions are composed of paralinguistic cues, or silent signals we give off unintentionally. Everyone can relate to the experience of yawning when we’re bored or (conversely) making direct eye contact when a conversation interests us, but these movements are just as much a part of the conversation as the words said.

The study of body language is known as kinesics, a branch of anthropology developed by a man called Ray Birdwhistell in the mid-20th century to de-verbalize human communication. Birdwhistell believed that no movement of the human body is accidental and that all of our gestures, down to the tiniest blink, are subject to a grammar that can be studied and analyzed.

Here are some illustrations of a few of the main kinesic gestures. 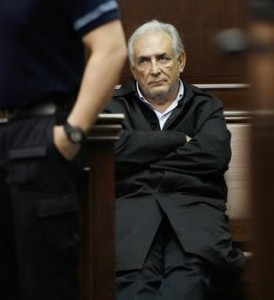 The most overt sign a person can conjure without making direct physical contact is to cross their arms in front of their chest. This gesture implies that for whatever reason, the person wishes to put a barrier between his or herself and others. Granted, the movement could simply mean that the person’s arms are cold, but there’s a chance it means they feel threatened.

Open and expansive postures can be an attempt to show dominance and command by opening the frame. Politicians often hold the sides of the podium when debating, not only to show passion for their argument but to open their shoulders as well to try to show a commanding figure.

One of the riskiest gestures any person can (sometimes) make, especially for debating politicians, is to touch their face. Unnecessary attention drawn to the face suggests that a person might be lying or withholding information, excessive blinking or an unblinking stare can also have the same effect.


A Word of Caution…

However, before you use these illustrations to start reading those around you it’s worth noting that sometimes a yawn is just a yawn because we’re tired or you’re covering your mouth to hide the smell of the curry you ate last night and NOT lying through your teeth … so you need to be aware of context along with the physical well being of the individual being read !