Why do we get old?

In a Nutshell : We get old because our body’s repair mechanisms stop working as well and we start to break down like old cars. (a charming analogy!)

Actually this is more a description of how we get old. Nobody really knows why we get old. Not all animals age so it may be possible for humans not to as well.

Various theories in biology have been put forward regarding ageing :


Does Ageing Have a Purpose? 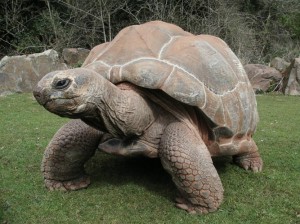 These types of theory all say that ageing has no purpose, that we get old because it is impossible not to get old. But some animals don’t seem to get old. The Aldebra giant tortoise can live to at least 255 years, and may be able to go on forever. The same is true of the rougheye rockfish (oldest-known individual 205 years) and even the humble lobster. The quahog clam can live for over 400 years! The oldest animal ever discovered is a quahog clam nicknamed Ming, which was over 405 years old when it was fished out of the ocean near Iceland.

To take into account the ability of some animals to live without ageing, some biologists have suggested that ageing does have a function, and that we have actually evolved to grow old. Age and death might help clear the way for our descendants to be more successful, or it might be that ageing poses such a survival challenge that it acts as a kind of test, weeding out weaker individuals so that only the strongest survive. If we really have evolved to grow old, then the ageing process must be under the control of our genes, which in turn means we can do something about it. Advances in genetic science and the ability to modify our genes (genetic engineering) might make it possible for future humans to stay young forever.