Home » Science » A History of the Atom : Theories and Models

A History of the Atom : Theories and Models

How have our ideas about atoms changed over the years? In this article we look at how our atomic models have developed over time.

It is entirely probable that we aren’t there yet and our understanding of the strange world, that is the realm of sub-atomic particle, will change again at some time in the future.

Although our article starts in the 1800s, the idea of atoms was around long before that. It is in Ancient Greece that we find the genesis of the idea of atoms. The word ‘atom’ comes from Ancient Greek and roughly translates as ‘indivisible’. The Ancient Greek theory has been credited to several different scholars, but is most often attributed to Democritus (460–370 BC) and his mentor Leucippus. (see our article Who ‘discovered’ the Atom ? ) 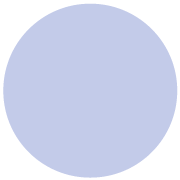 Dalton drew upon the Ancient Greek idea of atoms (the word ‘atom’ comes from the Greek ‘atomos‘ meaning indivisible). His theory stated that atoms are indivisible, those of a given element are identical, and compounds are combinations of different types of atoms.

Recognised atoms of a particular element differ from other elements 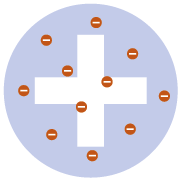 Thomson discovered electrons (which he called ‘corpuscles’) in atoms in 1897, for which he won a Nobel Prize. He subsequently produced the ‘plum pudding’ model of the atom. lt shows the atom as composed of electrons scattered throughout a spherical cloud of positive charge.

Recognised electrons as components of atoms 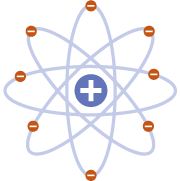 Rutherford fired positively charged alpha particles at a thin sheet of gold foil. Most passed through with little deflection, but some deflected at large angles. This was only possible if the atom was mostly empty space, with the positive charge concentrated in the centre: the nucleus.

Realised positive charge was localised in the nucleus of an atom

Did not explain why electrons remain in orbit around the nucleus 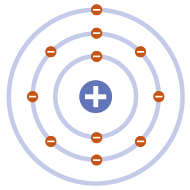 Bohr modified Rutherford’s model of the atom by stating that electrons moved around the nucleus in orbits of fixed sizes and energies. Electron energy in this model was quantised; electrons could not occupy values of energy between the fixed energy levels. 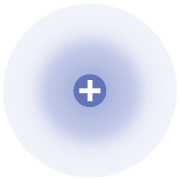 Schrodinger stated that electrons do not move in set paths around the nucleus, but in waves. lt is impossible to know the exact location of the electrons; instead, we have ‘clouds of probability’ called orbitals, in which we are more likely to find an electron.

Shows electrons don’t move around the nucleus in orbits, but in clouds where their position is uncertain

Still widely accepted as the most accurate model of the atom